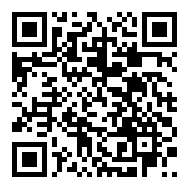 2. Due to the adjustment of the agricultural industry structure, the value of the stress-resistant function of plant growth regulators is increasing

The development trend of international economic integration urgently requires us to adjust the agricultural structure, including intensive and efficient, mechanized, informatized, unmanned, off-season crop cultivation, breeding technology of fruit varieties, and facility agriculture such as greenhouse vegetables. The demand for precise plant growth regulation is getting bigger and bigger. The normal plant growth, yield and quality of crops are increasingly inseparable from the application of plant growth regulators[2].

3. Brassinosteroids - the sixth class of plant growth regulators with the most significant stress-resistant function

Aiming at the food security and quality problems caused by abiotic stresses such as global low temperature, drought and high temperature on agricultural production, natural brassinosteroides, as a safe and efficient plant growth regulator, can significantly enhance the crop resistance to stresses and improve its yields and quality. The value of its application in agricultural production is more and more important [1].

Since the researches on auxin in the 1930s, plant growth regulators were developed rapidly. Then gibberellins (GAs), abscisic acid (ABA), cytokinin (CTK), ethylene (ETH) and brassinosteroids (BRs) were discovered. Among the different plant growth regulators, brassinosteroids have become a hot topic among scientists since their discovery. Brassinosteroids are a class of plant hormones that play multiple roles in plant growth and development, which were firstly extracted from rapeseed pollen by J.W. Mitchell and others in 1970. In 1979, Grove et al. isolated 4mg biologically active substance from rapeseed pollen that collected by bees, and determined its chemical structure by crystal diffraction analysis. The compound was named brassinolide (BL). In 1982, Japanese scientists Yokota et al. isolated the other biologically active substance castasterone (CS) similar to BL from the galls of chestnut, and proved that CS is the direct precursor of BL. After that, scientists isolated more than seventy analogs of brassinolide from various organs of different plants, and named this group of compounds brassinosteroids (BRs). In 1998, brassinosteroids were officially recognized as the sixth class of plant hormones at the 16th Annual Conference of International Plant Growth Substances Association [3,4].

4. Research progress on the functions and mechanism of actions of brassinosteroids

BRs are a class of plant steroid hormones, of which the basic structure is a steroid core composed of rings A, B, C and D, a ketone group at C6 of the B ring and an alkyl side chain at C17 of the D ring [4]. The hydroxylation level and the spatial structures of the A ring and the alkyl side chain directly affect the affinity of BRs and their receptor complexes, thereby affecting the biological activities of BRs. Natural Brassinolide (BL) is so far the most active and most thoroughly studied brassinosteroid compound. (Figure 1) [5]. Then based on the molecular structure of Natural Brassinolide, the researchers synthesized various analogs of brassinolide, including 24-epibrassinolide, 28-homobrassinolide, 28-epihomobrassinolide, 22, 23, 24-trisepibrassinolide, and propionyl-brassinolide. 4.2 Researches on Physiological functions and mechanism of actions of Brassinosteroids

BRs widely exist in various plants, from inferior algae and ferns, to gymnosperms and angiosperms, dozens of brassinosteroid compounds with different structures have been found, indicating that the signaling pathway of BRs was generated in the early stage of plant evolution, and relatively conserved in plants. BRs are mainly concentrated in reproductive organs, immature seeds and young tissues of plants, regulating reproductive development, seed maturation, promoting stem elongation and root morphogenesis, and playing a positive role in plant resistance to stresses [6,7].

In vivo synthesis of BRs occurs in the endoplasmic reticulum of the synthesis site, and is then secreted outside the cell through the Golgi apparatus and bound by receptors on the cell membrane of the effector site, thereby activating a series of intracellular signal transduction pathways (Figure 2). The BRs receptor protein BRI1 and the receptor complex protein BAK1 exist on the cell membrane [8]. In the absence of BRs, BRI1 and BAK1 interact with their inhibitory proteins BKI1 and BIR3 respectively, inhibiting the formation of the BRs receptor complex and keeping the BRs signaling pathway closed. Cytoplasmic protein kinase BIN2 is a negative regulatory factor of BR signaling, which can phosphorylate the BRs transcription factors BES1 and BZR1 and keep them stay in the cytoplasm and cannot enter the cell nucleus to perform transcriptional activation functions. In the presence of BRs, the extracellular structure of the receptor protein BRI1 can bind to BRs and cause changes in the intracellular molecular structure. At the same time, the receptor complex protein BAK1 on the cell membrane is recruited to form the BRI1-BR-BAK1 receptor complex and activate the intracellular signal transduction pathways [9, 10]. It has been reported that the production of "Brassinosteroids" are divided into two distinct processes: natural extraction and artificial synthesis. According to the reports, the research on the extraction technology of natural brassinosteroids in China began in the early 1980s, and the active ingredient of natural brassinosteroids was firstly extracted and obtained from beewax. Through patent search, it was found that Chengdu Newsun Crop Science Co., Ltd. (hereinafter referred to as "Chengdu Newsun") is the first company to obtain natural brassinosteroids by enzymatic directional extraction and other new technologies, and has successively obtained Chinese invention patents, USA patent, Australian patent, the second prize of scientific research achievement of Shennong China Agricultural Science and Technology Award issued by the Ministry of Agriculture and Rural Affairs of China in 2016-2017. "Brassinosteroids", derived from natural extraction, the product of 14-hydroxylated Brassinosteroid as representative was officially registered in China's ICAMA for the first time in 2017 by Chengdu Newsun [11], and also the first registration in the world and realized industrialization. The researches on the artificial synthesis of "brassinolide" analogs began in 1982. Different countries in the world were committed to the artificial synthesis of brassinolide, making low-cost, large-scale and industrialized production of brassinolide a reality. At present, the synthetic brassinolide analogs that have obtained pesticide registration in China include: 24-epibrassinolide, 28-homobrassinolide, 28-epihomobrassinolide, 22, 23, 24-trisepibrassinolide, and propionyl-brassinolide. Among them, the chemical structures of the first four brassinolide analogs are based on BL. Their biological activities are different according to their structural differences. While propionyl-brassinolide is a propionylated brassinolide analog, which does not have biological activity, and functions only after absorbed and metabolized in plants.

Generally speaking, a compound has multiple crystal forms. However, the production technology of crystal form is very difficult for some compounds, and not all the crystal forms have biological activity. Among all brassinosteroid compounds, 14-hydroxylated brassinosteroid, with complete investigation on chemical factors that can induce polymorphism, including type of solvent, amount, ratio, saturation, etc. and physical factors including temperature, pressure, speed, humidity, etc., then obtained the dominant crystal form that can significantly regulate plant growth. Compared with other brassinosteroid compounds, its biological activities are more than 50% faster, effectively solving the problems of other brassinosteroid compounds in the market, such as "slow effect", "unstable safety" and "unstable activities". Its effects can be obviously seen in 3 to 5 days after application. At the same time, it has very important and stable effects and improvement in increasing crop yield, promoting growth, resisting stresses, improving quality and taste of agricultural products, and enhancing plant photosynthesis. 6.2 Significant progress made in the PCT patent of natural brassinosteroid crystal form

In 2022, the patent of natural brassinosteroid crystal form originally developed by Chengdu Newsun successfully obtained the PCT international patent acceptance notice, which means that the natural brassinosteroid crystal form technology will be able to apply for intellectual property protection in many countries. In the later stage, according to the evaluation of the PCT international patent search report, the application will be submitted to the patent and trademark offices of USA, Canada, Brazil and other countries in a timely manner for the next step, so as to provide protection barriers for its intellectual property rights around the world. As a broad-spectrum and highly active plant growth regulator, 14-hydroxylated brassinosteroid has become a bio-product with high market popularity in the market of plant growth regulator, because of its unique physiological activity, wide application range, ultra-low dosage, high safety, and significant effects of yield and profit increase. At the same time, with the upgrading of consumer demand for agricultural product quality, the green development of global agricultural, the promotion and implementation of food security and biosecurity development strategies, natural brassinosteroids will play a more and more important role in promoting green agricultural development, high-quality development and enhancing agricultural value. In addition, with the innovative breakthrough in the crystal form technology of natural brassinosteroids, and the characteristics of its higher biological activity and safety, it will further lead the technological and industrial development of the brassinosteroid industry, and play a more important role in solving the problems of global abiotic stresses and food security.