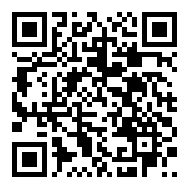 A 100% organic and effective ″bioactivator″ for controlling nematodes was the big news on the first day of the 37th Brazilian Congress of Nematology, which was covered by AgroPages in Brazil.

Produced by Ingal Agrotecnologia, the biological input, ″Organic Bloom,″ was developed in partnership with the Brazilian Federal University of Santa Maria, and has attained the IBD seal of International Certification of Organic Product.

Organic Bloom is a plant-based bioactivator based on phytic acid (organic phosphorus), a multifunctional organic acid with chelating potential, which is extracted from rice bran and amino acids from non-GMO soybean bran, offering safety and protection against biotic and abiotic stress.

According to the manufacturer, its antioxidant action helps in the assimilation of nutrients, combats plant aging, assists in germination, increases root volume, and helps maintain microorganisms. ″By using this product, farmers began to notice the control of nematodes,″ said Cristiane dos Reis, agronomist and director of research and development (R&D) at Ingal Agrotecnologia.

Reports on nematode mortality and penetration in soybeans, corn, beans and cotton were confirmed, she added, noting that Organic Bloom was effective in controlling nematodes, such as Meloidogyne, pratylenchus, heterodera and rotylenchulus.

″We are studying this further, but we know that it probably acts on the digestive system of nematodes. That is why we use it as a plant bioactivator that has the potential to combat nematodes,″ she further added.

Dos Reis then pointed out that Organic Bloom represents ″security from the both the inside and outside of plants, providing more resistance, higher productivity and greater grain quality.″

Organic Bloom can be used in all cultures, and is mainly applied to the soil, but it can also be applied on seeds, planting furrow, fertigation and the aerial parts of plants.

According to Ingal Agrotecnologia, the bioactivator is compatible with other products without requiring management changes.

Under the theme, ″Nematodes: science, technology and innovation,″ the 37th Brazilian Congress of Nematology will take place in the city of Ribeirão Preto, São Paulo state, between August 1 and 4, 2022.