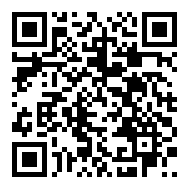 The potential damage caused by nematodes could reach up to BRL870 billion (US$165.37 billion) in less than 10 years, according to a study carried out in partnership between Syngenta, Agroconsult and the Brazilian Society of Nematology. The results of this unprecedented survey were announced during the 37th Brazilian Congress of Nematology, which is taking place this week in Brazil and covered by AgroPages. Daniela Ribeiro (Manager of Syngenta Projects and Products) is the agrochemical multinational’s representative at the event.

According to the study, nematodes are present in 94.36% of Brazil’s territory, having been identified in 20,440 of the 21,661 samples collected. Phytoparasitic nematodes cause direct damage to the development and productivity of all crops, in addition to indirect damage that facilitates the entry of fungi into plants.

Impossible to identify with the naked eye, these microscopic worms cannot be eradicated if already identified in the soil, which makes control and management essential.

The research was carried out throughout Brazil last year, and identified the distribution and growth patterns of nematodes in the country. The region most impacted by the presence of nematodes in the soil is the South, with 97.03% of the region being infested, followed by the Midwest and North, especially in Brazilian Cerrado, with 92.79% of the area registering the occurrence of these soil worms.

In some Brazilian states, nematodes are present in more than 99% of samples.

The species, Pratylenchus ssp., was the most identified, present in more than 75% of the research areas, followed by Helicotylenchus spp with 47.91%, Meloidogyne spp with 40.04%, Heterodera spp with 28.30%, and Rotylenchulus, with 18.72%.

For example, only in soybean crops, data pointed our a loss of 1 in every 10 harvests, with current losses being some R$65 billion in terms of profitability.