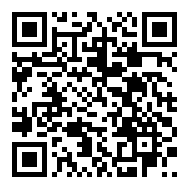 To understand the current reductionist thought process, we need to have a quick recap of the history of evolution of chemical fertilizers in farming.

Ever since man domesticated plants and started farming, the fundamental objectives have remained the same - improving quality, increasing productivity, reducing losses due to biotic & abiotic stresses. I am not going into post production issues of market dynamics, rates & food waste etc. and limiting the discussion to farming.

For years the fertilizers used were simple manures and some mineral rocks like gypsum, dolomite etc. Bone meal, blood meal and ploughed down legumes evolved as other supplements. The approach probably was through observation and experiments and not any detailed theoretical study. Impact was discovered, but the phenomenon was not explored.

Seeds of modern chemical fertilizers were sown when many innovative scientists in the 19th century started researching the soil chemistry and plant nutrition. A German chemist, Justus von Liebig (1803-1873), propagated the “Theory of Mineral Nutrients” which has been the foundation of agricultural chemistry and all modern fertilizers. He established that N, P, K are the fundamental nutrients for plants. Liebig’s “Law of the Minimum” emphasized that the maximum growth is not determined by the total available nutrient, but by the least available nutrient.

Between 1850-1870s lot of factories producing superphosphates as fertilizers came up in Europe and started finding use in farming, but still the quantities were limited and so was the demand.

The problem of how to synthesize them at scale and what are the exact requirements of the plants were still not established.

Major breakthrough came in 1914 with setting up of the first commercial plant for Ammonia production in Germany. It was based on Haber-Bosch process. The process was then shared with France in 1920, followed by America, England and other countries. With World War I, the supplies of Ammonia were mainly used for making ammunition and hardly any Ammonia was used as a fertilizer.

Post World War I, the Ammonia supplies were no longer required for the ammunition production. The excess supply were diverted to fertilizer and led to the development of Concentrated Complete Fertilizer (CCF) based on ammonium phosphate in 1931.

World War II led to a titanic shift. Many new facilities to manufacture Ammonia were established to feed the war ammunition. Fertilizer industry was muted.

All three factors combined together with the spectacular success of the green revolution. Exponential rise in production lead to worldwide adoption of chemical fertilizers.

This also influenced the academia and accelerated the interest of various scientist to study the role of other elements in plants. Soon, specific studies around other elements like Calcium, Magnesium, Sulphur, Iron, Boron etc. were initiated.

Detailed study around various plant families were being made and studies published.

Soon we were flooded with huge amount of data micro-analyzed for crop-nutrient level. The impact of the deficiency of a particular element, their symptoms etc.

Parallel to this the study of soil science also started focusing on the plant-soil interaction and the role of microbes. I shall discuss this in a separate thread and the evolution thereof.

So the process of dividing the farming problem into smaller components to understand had started. It definitely has its advantages, but can we look beyond?

In the next article I shall discuss how this has led to the development of reductionist approach in nutrition management in crops and the problems associated with that approach.