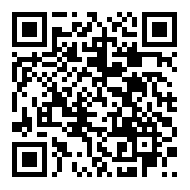 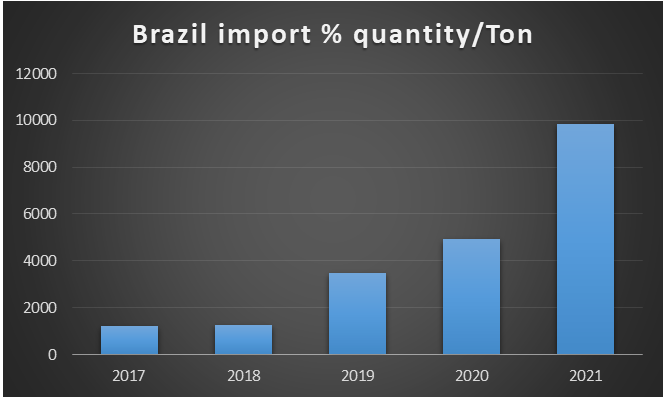 Brazil’s demand for diquat has been relatively stable over recent years, achieving a yearly market volume of over 1,000 tons of diquat ion, which is largely dominated by Syngenta. With the prohibition of paraquat in Brazil from 22nd September, 2020, diquat has become a major alternative for dehydration and is rapidly. It is also being increasingly being imported by Brazil, from 3,475 tons of diquat ion in 2019 to 4,940 tons in 2020, up 42% year-on-year. In addition, Brazil’s importation of diquat ion in 2021 further increased to 9,843 tons, up 550% over market demand during the past decade.

The real situation in the Brazilian market is similar to glufosinate, with Brazilian farmers in general complaining about a short supply of diquat in 2021, especially inadequate supplies from Syngenta. Using the mainstream product, REGALONE (Syngenta Diquat 200 SL), as an example, just like glufosinate, let us analyze the data of Mato Grosso, the main soybean producing state, to study the price trends of diquat formulations, which are shown below: 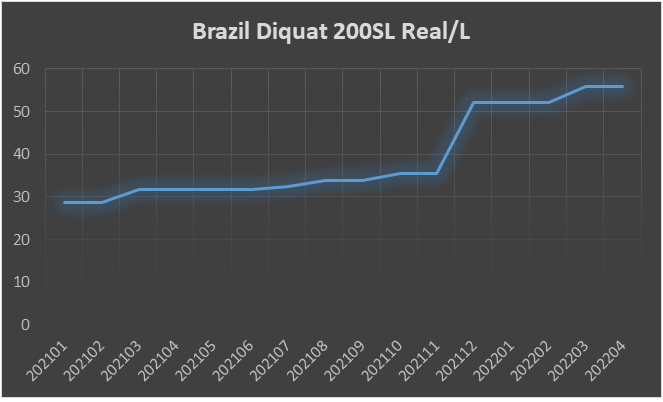 Calculated at BRL 1 = Yuan1.39, the price chart reveals a price rise from Yuan40.1/L to Yuan77.8/L in the distribution market within a period of one year, which is almost a doubled price increase, not to speak that this price is at a low level in Brazil. In some Brazilian states, such as Minas Gerais, which has the second largest population, the selling price of diquat AS reached Yuan159 per liter. The tight market is attributable in part to the change in the soybean acreage.

Brazilian government data revealed that the soybean planting area reached 40.80 million hectares in 2021/2022, up 4.1% year-on-year. Soybean harvesting in Brazil is primarily done through mechanized harvesting, assuming the amount of use of agents for dehydration  will be 150 g/mu (1 mu = 667m2), the total amount require of diquat ion could be18,000 tons. Then according to the latest estimation by Brazilian consultants, 80% of the country’s soybean requires dehydration, which theoretically suggests the existence of a gap in the supply of diquat.

The leading Chinese diquat suppliers are Red Sun, Yonon and Shandong Luba, with a total production capacity of some 50,000 tons, and exports being mostly diquat dibromide, ad only Red Sun is producing diquat dichloride mainly for Chinese market). The Chinese market price of diquat dibromide 40% TK is currently Yuan58,000-59,000 per ton, down from the highest level of last year but up 70% over the beginning of last year. 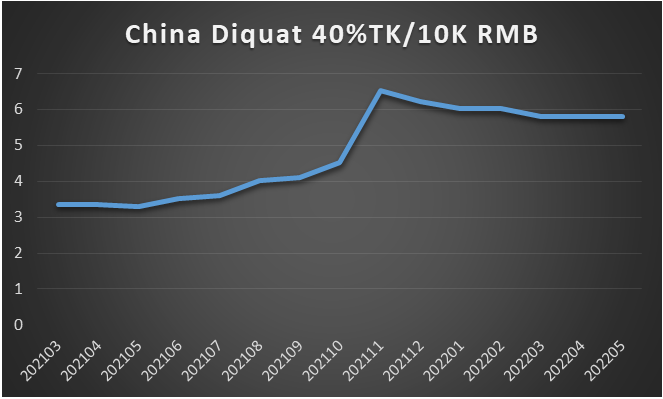 Before 2017, Chinese companies did not have any registrations in Brazil, where the diquat market used to be dominated by Syngenta. Since mid-2018, supplies of Chinese products to Brazil gradually increased. By 2021, total annual supply from China surged to 5,800 tons of diquat ion, exceeding the 3,140 ton value for Syngenta, whose supply was 4,050 tons in 2020, down 22% for a time. 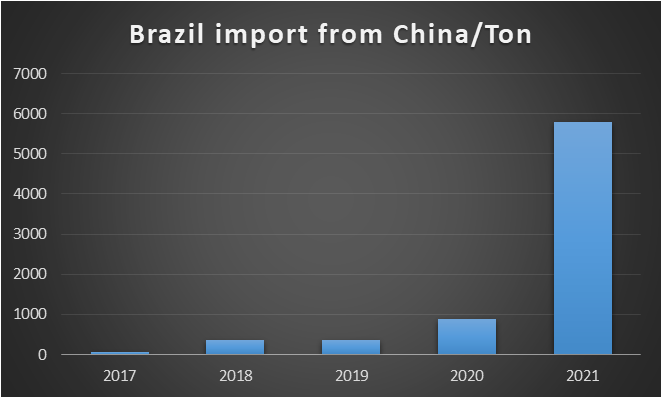 Currently, the diquat production capacity in China is still increasing rapidly. According to data, in 2022, Red Sun is building a facility with an annual 15,000-ton converted diquat dichloride capacity, while planning further extension to its existing diquat capacity, inclusive of diquat dichloride at up to 60,000 tons. Yonon is building an annual 16,000-ton diquat dibromide facility in Ningxia, while Luba plans a newbuild annual 10,000-ton diquat dibromide facility in Dezhou, Shandong. Upon the completion of these projects, the production capacity of diquat may become much higher than market demand. Newcomers must fully evaluate the industrial chain and be cautious about making investments.

In view of the current peak season for the delivery of diquat and the higher price levels of the intermediates at this current time, with 2,2-Dipyridyl at Yuan90,000 per ton and bromine at Yuan67,000 per ton, the price of diquat is expected to remain relatively stable in the short-term. Brazil’s imports have increased significantly in the past two years, but the country is still predicted to have a shortage of thousands of tons, theoretically calculated according to the soybean planting area. If the new production capacity in China is gradually brought on stream, and combined with Syngenta’s inability to fully control the Brazilian diquat market, further price increase in the Brazilian market in the second half of the year may be small.

So far, Red Sun has been active in overseas registrations, and a field trial will soon be conducted in Vietnam. In Brazil, Australia, Russia, Paraguay and Uruguay, registration data are being submitted. Going forward, Red Sun will be in a position to deliver more cost-effective dehydrating and weeding solution products to the international market.

Dehydration effect of diquat dichloride on the seventh day (70g/mu) 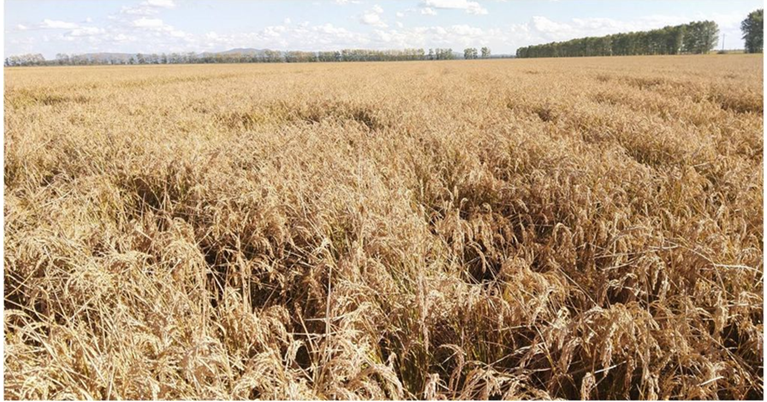