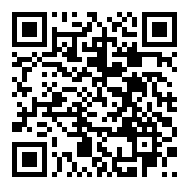 Brazil’s import of glufosinate began to gradually increase from 2017, having reached a total of 14,080 tons of various glufosinate products in 2021, which is 8,233 tons converted to 100% content, up 60% over 2020. Similarly to the US market, farmers have experienced shortage of goods same as the U.S. market, although import soared in 2021.

The glufosinate business unit was handed over from Bayer to BASF in 2017-2018; BASF began shutdown of its U.S. glufosinate plant in the second half of 2020, which does not seem to have affected its supplies to the Brazilian market according to the available information. In 2019, BASF supplied a total of 1,200 tons of 50TK to the Brazilian market, which jumped to 2,700 tons in 2020 and further increased to 5,200 tons in 2021.

The average price of BASF’s 50TK exported to Brazil is shown in the table above, rising by roughly 20% in US dollars within the 2-year period from August 2019 to August 2021, which are relatively moderate price hikes. However, at the end of 2021, the price in Brazil surged one more time, for which no analysis can be made at this time due to a time delay of data. The figure above shows the price trend of BASF’s mainstream glufosinate formulation Liberty in Mato Grosso, the main soybean producing state in Brazil. The price in January 2021, converted to CNY, would be Yuan98,000/kL, which rose to Yuan120,000/kL at the end of the year, up 22% year on year. Brazilian readers are deeply concerned about the reasons behind the shortage of glufosinate in the end market of Brazil, also wondering if there is a possibility of a fallback of the end-market price.

AgroPages has learned that in view of the drastic fluctuations in the price of glufosinate in the past, Chinese farmers are calling for products of higher price performance ratio at stable supply, providing undoubtedly a market opportunity to L-glufosinate, which has been a hot product for the last two years. At present, Chinese market is dominated by the L-glufosinate 10% SL of Yonon and Lier Chemical. According to feedback of staffs of Lier Chemical, its volume of shipment this year has doubled that last year. The price of glufosinate technical has risen to Yuan210,000 / ton, whilst price of L-glufosinate in the same period was only Yuan270,000 / ton converted to 100% content, bearing in mind that the efficacy of the latter is theoretically twice that of the former. At this moment, the price of Chinese mainstream L-glufosinate formulations is only Yuan37,000 / kL, which is a very cost-effective price. In the meantime, Yonon expresses that the present priority is to safeguard the interests of farmers and the sustainability of agricultural production. Therefore, Yonon is not prepared to make price adjustment to the mainstream L-glufosinate products at this time but will focus on stable business operations. Nevertheless, industry experts generally believe that with the continuous technical breakthroughs and expansion of capacity, the L-glufosinate market will have a promising future.

To the best knowledge of the author, the price of L-glufosinate in distribution channels is showing an upward trend; several companies has intended to escalate the price. How will the market behave going forward? Let’s wait and see.