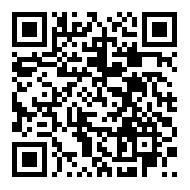 In several Brazilian regions, there are more and more frequent warnings of attacks by the Helicoverpa caterpillar on corn and cotton, but state-of-the-art biotechnologies should control these insect pests.

“We noticed that soon after the emission of the stigma-style or 'hair' of corn cobs, a large amount of Helicoverpa eggs appeared. The caterpillar goes inside the ears after the eggs hatch, causing damage and losses,” said Luis Kasuya, an agronomist and researcher with over 30 years of experience.

Kasuya oversees the consultancy, Kasuya Intelligence Agronomic, based in Luís Eduardo Magalhães, Bahia, one of the main agricultural centers in the country, whose technical director is the agronomist and researcher, Rogério Inoue.

“We warn all producers to intensify their crop monitoring, especially during the period before the corn is ‘bolting’. It is necessary to observe the presence of moths and eggs in the style of stigma or 'hair',” Kasuya added, noting the greater or lesser proportion of eggs, caterpillars and also their size (instar) should be the basis of chemical, biological control, or integrated management decisions.

Agronomist and entomologist Marco Tamai, researcher and professor at the University of the State of Bahia, who works in the region of Luís Eduardo Magalhães, said over the past two years, he has began to observe, with concern, the intense attacks of the caterpillar, Helicoverpa zea, on corn crops.

“It has returned with great force and is advancing on corn hybrids from different biotechnologies. Today, producers are faced with a problem that seemed to have been solved. The caterpillars of the genus Helicoverpa zea and Helicoverpa armigera were losing importance in comparison to Spodoptera frugiperda in corn and cotton,” Tamai stressed.

“Attacks on corn occur on the so-called ‘doll.’ With the plant high in the stud, farmers face difficulties in controlling Helicoverpa zea,” he added, noting that in cotton, he has observed that the caterpillar attacks mainly during the filling phase of apples.

Bioinsecticides as an alternative

For Kasuya and Tamai, in addition to recommending crop monitoring as a key, pest population control should focus on moths before their caterpillars enter the corn cobs.

Tamai highlighted the presence of Helicoverpa in state-of-the-art cotton biotechnologies. He is currently participating in studies on the pest with the company, AgBiTech, a leader in the development of baculovirus-based bioinsecticides for grains.

“The combination of viruses and moth food attractants is a good control strategy for Helicoverpa armigera and Helicoverpa zea infestations,” Tamai said.

“We still do not have proof, but the fear is that Helicoverpa has developed resistance to state-of-the-art biotechnologies. That is why it is important to maintain good practices in crops, such as structured shelter and the application of molecules that are more friendly to the pest's natural enemies,” Kasuya warned.

AgBiTech Brasil's technical manager, agronomist Marcelo Lima, is also concerned about the possible return of Helicoverpa, but the current scenario is different from that of 2013 and 2014, when Helicoverpa armigera caused massive losses in soybeans and cotton crops in many regions of Brazil.

“Today, we have recognized the most effective management tools, including chemical and biological insecticides and attractants for moths,” Lima said.