Syngenta India to use AI, drones to expand outreach of crop protection products 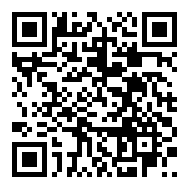 Syngenta India is working on promoting extentive usage of technologies such as artificial intelligence and drones to expand outreach amongst farmers of its crop protection products consisting of insecticides, herbicides and fungicides.

In a bid deal with biotic and abiotic stresses on the crops caused by climate change, the company will be introducing disease and drought tolerance varieties of cotton, wheat, rice, corn, fruits and vegetables along with improving on germplasm diversity to increase yield for helping farmers irrespective of their land holdings.

For improving productivity, the company is working on two aspects — seed treatment and providing biological solutions which would help in reaching out to a higher number of farmers across states.

Syngenta group is based from Basel, Switzerland.

Kumar said while seed treatment products enable precision application of crop protection products which helps in germination and uniform growth of the crops, biological solutions ensure better residue management which results in higher crop yield and better quality. He said that Syngenta was one of the earliest initiators in introducing crop protection solutions which can be applied using drones. The company has been promoting the introduction of technologies such as drip, mulch, mechanisation for enhancing farmers income.

The company is working on introducing hybrids to convert open pollination in crops such as Okra, Cauliflower, gourds, among other crops to improve productivity.

Syngenta had set up research and development facility at Goa back in 1998, had also invested in research stations in Maharashtra, Haryana, Karnataka, Bihar, Andhra Pradesh, Uttar Pradesh, Tamil Nadu, Gujarat, Uttarakhand and Madhya Pradesh where field trials on various crops for the diverse agro-climatic zones are being undertaken. The company will be focusing on expanding its outreach amongst the small holder farmers in the North-Eastern states in the hybrid seeds of crops such as tomato, pepper, okra, cauliflower, watermelon, cucumber, gourds etc.

On the Pesticide Management Bill which was introduced in parliament in 2020, Kumar said that many provisions of the proposed legislation like criminalization of offenses and regulatory requirements would pose ‘enormous problems’ for industry.

“Frequent bans (on pesticides) from central and various state governments without a proper scientific evaluation is a major challenge,” Kumar said. He stated that the emphasis should be on mutual thrust and adoption of a predictable science based regulatory regime for pesticides business in the country.

The legislation which seeks to replace the Insecticides Act, 1968 aims at regulating the manufacture, import, sale, storage, distribution, use, and disposal of pesticides, in order to ensure the availability of safe pesticides and minimize the risk to humans, animals, and environment.