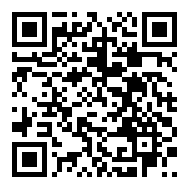 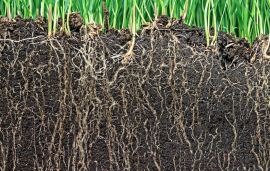 All plants interact with bacteria and fungi in the soil. Some plants are especially good at it. Understanding what drives those interactions could be the secret to shifting from a chemical-based agriculture system to a biological one.

Some plants need more fertilizers than others. So-called “nitrogen fixers” do not require nitrogen fertilizer. These plants, which include beans, peas and alfalfa, produce specialized root nodules where beneficial bacteria live. The bacteria convert the nitrogen that is naturally present in the soil into a format that is digestible by plants.

Similarly, many plants use fungi in the soil to take up phosphorous. These root-associated fungi, called mycorrhizae, solubilize phosphorous for the plant in exchange for carbohydrates (sugars). While most plants naturally form mycorrhizal relationships, several major crops do not, including sugar beets, broccoli and canola.

In addition to these well-characterized examples, several other plant-microbe relationships are poorly understood. The plant microbiome can play a role in uptake of several additional nutrients like iron and potassium, regulation of plant growth and response to insects and disease.

Plant-associated microbes even play a role in the plant’s response to drought. Recently, scientists at the University of California in Davis demonstrate that the root microbiome of sorghum, a drought-resistant grass native to Africa, shifts during drought. When the drought-enriched species of bacteria were transferred to another plant species, root growth ensued.

There is thus enormous potential for leveraging the plant microbiome to produce hardier crops with fewer chemical inputs, but it’s not an easy road.

A plant’s ability to host helpful fungi and bacteria is determined by its genes. Therefore, tweaking plant genes, or transferring genetic material from a microbe-friendly plant, could yield crops that are less fertilizer-dependent.

What largely determines a plant’s partnership with microbes is the shape and chemistry of the roots. Plants release signals that attract good soil bacteria and fungi. The plant also needs to recognize friend from foe and drop its defenses to allow the good bugs to enter the roots and multiply. All of these process are controlled by genes.

Scientists are still working to understand what distinguishes host plants from non-host plants. For nitrogen-fixation in particular, models predict that hundreds if not thousands of genes may be involved.

Engineering microbes to work for the plant

Plants are genetically complex and slow growing. Microbes, particularly bacteria, are much simpler. Therefore, engineering bacteria to associate with non-host plants might be a simpler approach.

The first field trial of soil bacteria genetically modified to boost plant growth occurred back in 1987. The trouble is that even if an engineered bacterium is great at associating with plants in a lab, it may have trouble establishing itself in a field.

Fortunately, our understanding of microbial communities and our ability to engineer microbes has come a long way in 30 years. New tools like CRISPR allow for more precise gene editing, and new approaches like synthetic biology enable scientists to test thousands of combinations of different gene edits and microbial species.

This is important as the complex plant-host relationship is often controlled by many genes, even in the genetically simpler microbe half of the relationship. For instance, researchers at Massachusetts Institute of Technology have transferred and retooled over 20 genes between 15 different species on their quest to engineer nitrogen fixation in species that will associate with corn.

Beyond nutrient-fixation, there are many species of bacteria that produce compounds that are protective against plant pathogens. Some of those species can also be pathogenic to humans. Scientists are working to uncouple which pathways are dangerous to humans versus plant pests. In one example, scientists at Cardiff University identified both the protective and pathogenic genes in a biopesticidal species of bacteria. Transferring the biopesticidal genes into a people-friendly species would be a reasonable next step.

Innovators in the space

Despite the technical hurdles that must be overcome for a field-ready plant probiotic approach, several emerging biotech companies are devoted to the cause.  They include Pivot Bio, Agbiome, Joyn Bio (A collaboration between Ginkgo Bioworks and Bayer), Ceragen, Robigo, BioConsortia and New Leaf Symbiotics.

Notably, scientists at Pivot Bio have reported evidence of the ability of a corn-associated microbe to perform nitrogen fixation. Joyn Bio is investigating the role of individual microbes in ecosystems with the goal of improving the effectiveness of biologicals in agriculture. Agbiome is focused on developing innovative biologicals for crop protection. Ceragen describes its work as “pioneering the field of precision microbiome engineering through inoculant products that are tailor-made for controlled environment agriculture.”

Start-up Robigo recently raised funds to advance development of what it terms  “a sustainable living pesticide” based on naturally occurring “good” bacteria. BioConsortia uses multi-trait screening, genomics and gene editing to deliver microbial products that improve the productivity of crops. And New Leaf Symbiotics is creating a new class of microbial inoculants that enhance nutrient uptake to boost crop health and yield, including a product to control corn rootworm.

Their pioneering work is offering new insights into the plant microbiome with the aim of finding practical solutions for improving the productivity and sustainability of global agriculture.