Cracking the Formulation Code: What Are the Secrets of “Simple” Liquid Formulations? 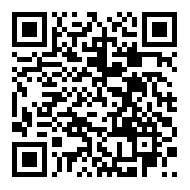 You are probably very familiar with the CropLife two letter codes for agrochemical formulations1 and they do provide information on the type of formulation as well as what happens to it after dilution in the spray tank. In some cases, however, the formulation code used by the manufacturer may not give a complete picture and you will need to look closer to understand just what is going on to appreciate the full benefits of the formulation.

The continuing challenge of pesticide resistance has led to more mixture products coming to the market. So it isn’t uncommon to see more than one active ingredient (AI), each with a different mode of action in the same product, but differences in physical properties of the AIs may mean that the formulation is actually a mixture of different formats. For example, a product containing a water insoluble AI suspended in water may be labelled as an SC (Suspension Concentrate), but what if it also contains a second  water soluble AI such as glyphosate dissolved in the formulation? In reality, such a product is a mixture of an SL (Soluble Liquid Concentrate) and an SC and by the strict letter of the CropLife codes this should be labelled as XX (“Others”). For obvious reasons, this wouldn’t be very helpful for anyone and could lead to confusion for the customer - so it is probably more useful to consider the product as an SC in terms of its application and potential stability issues.

iFormulate and Gaylord Chemical have been collaborating on developing application knowledge on the use of dimethyl sulfoxide (DMSO) to formulate various Ais and during this process, we have taken a closer look at the EC (Emulsifiable Concentrate) formulation type. The EC format is probably still the most popular formulation type and usually comprises a water-insoluble AI dissolved in a water-immiscible organic solvent together with one or more surfactants (emulsifiers). When an EC product is added to the spray tank, it spontaneously emulsifies to produce droplets of solvent containing dissolved AI dispersed in the tank. But what happens if the solvent used to dissolve the AI in the formulation is water-miscible? In this case, when the formulation is added to the spray tank, the solvent will be heavily diluted with water, it will not form droplets and it no longer acts as a solvent for the AI, so the AI will come out of solution.

What happens next will depend on the physical properties of the AI. If it is a liquid at ambient temperature then it can form as droplets in the tank, again stabilised by the emulsifier. If, however, it is a solid at ambient temperature then the AI will form as fine solid particles, for which a dispersing agent is needed to provide stabilisation, and this may have to be a different type of surfactant from an emulsifier.

Let’s look at an example, DMSO is a strong candidate to replace NMP (N-methyl pyrollidone) in solvent-based formulations, due to concerns about NMP’s toxicity. These formulations are often described as "EC” but NMP and DMSO are both water miscible, so an AI like tebuconazole (which has a melting point over 100°C) will form as a dispersion of solid particles in the tank as it comes out of solution. So strictly, according to the CropLife definition, the formulation should be described as DC (Dispersible Concentrate) rather than EC.

Does this matter? Well, it does to the formulator, who will need to ensure that the right kind of surfactant (i.e., a dispersing agent rather than an emulsifier) at the right amount is added to the product (or the spray tank) to maintain sufficient stability during application.

Sometimes, when moving away from solvent-based formulations containing NMP, the formulator may be tempted to develop a water-based product such as an SC or an EW (Oil in Water Emulsion) formulation. Whilst this can be an acceptable and successful approach, there are issues with these formulation types. For instance, an SC formulation will require not only dispersants but probably also rheology modifiers, a preservative and a humectant to maintain the in-can stability requirements of at least two years. Not only do these additives bring extra cost and complexity, but it can be difficult to achieve the active content of a solvent-based formulation. With the use of DMSO, a formulation with a higher level of active can often be developed which (as a solution “in-can”) is inherently more stable without the need for extra additives.

As we continue to develop knowledge of formulations with DMSO, we expect to uncover further benefits and we hope in the near future to expand the potential of DMSO for formulators by gaining expanded co-formulant approvals. If you are interested in learning more, then please contact Brandon Shaw on bshaw@gaylordchem.com

This article will be published in AgroPages '2022 Formulation & Adjuvant Technology ' magazine to be published this May.

If you'd like to join this magazine to promote your products and solutions. Pls contact Grace Yuan via: grace@agropages.com