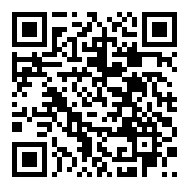 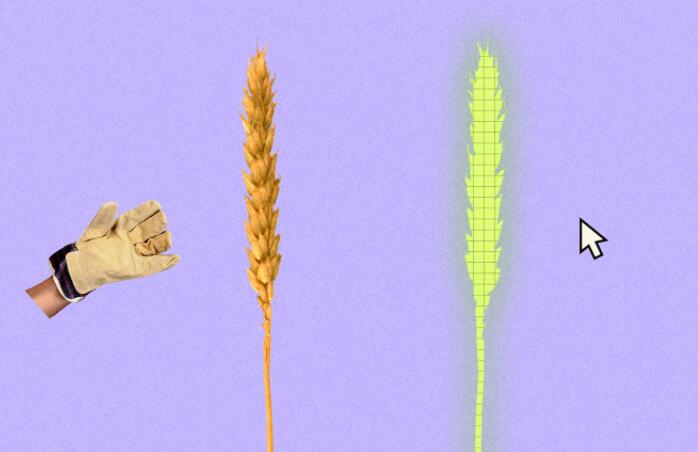 Imagine you’re standing at the edge of a soybean field in Iowa. In the distance, a combine harvester guided by GPS rolls across a field that has been leveled with the aid of a laser, as the farmer at the wheel monitors weather data on her phone. These tools, part of an approach to agronomy called precision agriculture, promise to increase yields and reduce costs by maximizing efficiency. That could help ensure the world grows enough food to feed an expanding population, even as climate change makes that task ever harder.

But there’s one small problem. “Precision agriculture is not that precise,” says Soumik Sarkar, an associate professor of mechanical engineering at Iowa State University. Although things like GPS currently provide the most efficient route for planting and harvesting, and farmers use lasers to help level the land, even the most tech-savvy farmers lack the ability to, say, target specific crops with pesticides rather than spraying an entire field.

“Optimizing and reducing the usage of water, chemicals, and other resources, while actually growing the amount of crops to feed a growing population with the land we have, is a challenge that you need to pretty much throw the kitchen sink at to solve,” Sarkar says.

The Artificial Intelligence Institute for Resilient Agriculture at Iowa State University is one of four groups building that proverbial sink with what it calls ultra-precision agriculture. The institute hopes to, over the next three to five years, use data science, machine learning and other artificial intelligence technologies to provide corn and soybean growers with personalized recommendations that will boost crop production. The tools also could help industry scientists develop seeds that deliver higher yields while resisting drought and other stressors.

This will become increasingly important as drought and desertification shrink the world’s acreage per capita of arable land, and the world’s population balloons to 9.7 billion by 2050. As researchers look to artificial intelligence, drones, and robotics to help agronomists prepare for this future, industry analysts expect the global market for precision agriculture, valued at $4.84 billion in 2018, to reach $10.16 billion within two years.

“The ideas are out there,” says Sarkar, “but there’s a lot of opportunities and gaps still existing that one could fill with these new technologies.”

The institute is a cooperative effort between industry stakeholders like John Deere and institutions like the Iowa Soybean Association, which represents 10,000 farmers, and the University of Arizona. The idea sprang from a call put out by the National Science Foundation in August 2020 seeking proposals for the creation of artificial intelligence research centers.

The outfit at Iowa State, founded last September, is one of 11 established in eight disciplines, including agriculture, following a $220 million investment from the National Science Foundation and the Department of Agriculture, which are betting heavily on AI to transform agronomy and food pathways. Iowa State will receive $20 million over the next five years to develop its technology.

The institute plans to create what’s called a predictive “digital twin” framework — a tool used to virtually model anything from a single plant to an entire farm (creating a digital copy, or twin, of the real-life environment). Such a tool can quickly and easily test myriad scenarios for everything from the optimal amount of nitrogen to apply to a field to which hybrid plants to cultivate. Engineers in industries like aviation rely on such models to determine when, say, an airplane might require repairs. Bringing the technology to agriculture has the potential to help agronomists make day-to-day decisions and future plans with greater certainty and efficiency.

Beyond quickly testing hypotheses or seeing how decisions big and small might play out, the digital twin framework could allow farmers to vastly expand their expertise by combining two traditionally siloed types of data: Even as the models continuously assimilate data on things like weather, soil composition, and plant genetics, they will draw on the collective knowledge of farmers, botanists, and others.

“We have been doing agriculture for millennia, so there’s a lot of domain knowledge that exists with the agronomists, with breeders, with practitioners, and so on,” says Baskar Ganapathysubramanian, principal investigator at the Artificial Intelligence Institute for Resilient Agriculture and a professor of mechanical engineering at Iowa State University.

Of course, an AI is only as smart as the information used to train it. Reducing inaccuracies and biases — such as focusing only on data from Iowa or industrial farms — is baked into the institute’s process for developing the digital twin. To that end, the institute will rely on backstops, such as placing sensors in fields to provide feedback on any discrepancies, and consult experts in fields ranging from soil science to botany.

“No matter how much we try, there’ll always be some sort of bias or inaccuracy,” says Sarkar. “Our whole effort is to reduce it as much as we can.”

Bringing AI to the farm

A digital twin could be remarkably powerful in a laboratory, but even more so in multiple laboratories — and, one day, on farms. Nirav Merchant, the director of the Data Science Institute at the University of Arizona and co-principal investigator of the National Science Foundation-funded CyVerse, is working with the institute in Iowa on the development of a platform called Cyberinfrastructure-AI Institute for Resilient Agriculture. Nicknamed Sierra, it aims to allow everyone involved in developing the digital twin to quickly and easily share petabytes of data annually.

Down the road, Sierra will act as the gateway to the data and tools farmers and scientists can use to assemble their own models. Though it’s too soon to know just how the digital twin might be accessible, one idea is to make it an open source platform or license it to collaborating institutions. Ganapathysubramanian says the institute is creating these tools with lay users in mind. “The focus is not just on the technical aspects,” he says, “but also on the deployment, adoption, and democratization aspects of these AI technologies.”

Because farmers in precision agriculture already have access to global positioning systems, they’re currently inundated with tons of information that can be difficult to navigate. “Farmers make these decisions every year, every day, and sometimes make mistakes,” says Peter Kyveryga, a senior research scientist with the Iowa Soybean Association. “Some kind of system approach would be very useful here, and that’s where I see the value in this project.”

Further in the future, digital twins could lead to quicker development of more fruitful crops. Propagating multiple generations of plants to create strains that, for example, provide increased yield or drought resistance can take six to 10 years. “By using a digital twin, you can accelerate this process by moving some of the physical testing into virtual testing,” says Ganapathysubramanian.

Ganapathysubramanian says farmers and researchers outside the institute could be using digital twins within three years. His team plans to begin testing the technology in the field with this spring’s growing season.

One common concern raised in any discussion of artificial intelligence is the loss of jobs to machines and robots. That may not be an issue in agriculture, where bringing advanced technologies to farm communities could offset a labor force that is shrinking as farmers retire and young people move away. “As long as there’s a compelling value proposition for [farmers], I think they’re very eager to jump on board,” Ganapathysubramanian adds.

To promote workforce development and train interested folks in using AI tech, the institute is coordinating with organizations like the Native Nations Institute and Iowa Soybean Association on outreach efforts, including to women and Indigenous farmers.

“It’s an opportunity for us to listen and learn,” says N. Levi Esquerra, a member of the Chemehuevi tribe, scientific advisory board member for the institute, and senior vice president for Native American Advancement & Tribal Engagement at the University of Arizona. “How can we make sure that the Indigenous voice is understood, our way of life has been understood?

“When it comes to agriculture and just our way of life, sometimes I think those things are lost on advances … but there’s a time and season for everything, and it’s just showing proper respect and moving forward with that,” says Esquerra.

The institute is developing curricula on the use of advanced technologies to prepare students for a future of ag-tech.

Everyone involved concedes that the technology is in its infancy and there surely will be unexpected hurdles to its adoption when it begins rolling out. But they’re equally confident that it is the future of agriculture. “There’s going to be explosive growth,” Ganapathysubramanian predicts.

The team will deploy any AI-driven tech — to be developed in greenhouses this winter — in cornfields come spring. If all goes according to plan, you may one day soon hear the hum of a drone taking aerial images, glimpse a motion-capture camera documenting leaf movement, and perhaps even spot a robot measuring a plant’s water uptake.