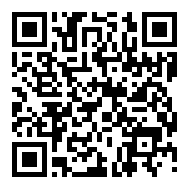 Brazil's and China's top biotechnology authorities agree that countries need to “synchronize” their processes for evaluating and releasing transgenic events. This position was clearly established this week during the 1st Brazil-China Forum on Biotechnology, Agriculture and Sustainability", organized by the Brazil-China Business Council (CEBC) and sponsored by Bayer.

The chairman of the Chinese Academy of Agricultural Sciences and China's National Biosafety Committee, Wu Kongming, said that biotechnology is generating a “revolution” in Chinese agriculture, with application in cotton, corn, soybean and canola crops. “Biotechnology is an important instrument for sustainable development,” he said. Wu defended the creation of “joint platforms for biotechnological innovation” between Brazil and China, which would connect scientists and researchers from both countries. These spaces would serve for information exchange, product development and discussions on technology transfer.

He suggested the creation of a joint laboratory, with exchange of researchers and periodic bilateral conversations: “We are with open arms to receive Brazilian scientists and develop academic research. China has a structure similar to the Brazilian one in the assessment of biotechnology, made up of 74 specialists who assess the scientific part”.

“We also have an inter-ministerial council that determines public policies on the subject, and we are improving the process of granting technology releases. The synchronization of approvals will be achieved through exchanges between authorities and specialists from both countries, unifying the requirements and shortening the processing time”, pointed out Wu Kongming.

The president of China's National Biosafety Committee was also open to accelerating the release of products adopted in Brazil. The lack of synchrony between the two countries in this process often delays the adoption of innovations in Brazil, which has its biggest market for agricultural exports in China.

In turn, the president of the Brazilian National Technical Commission on Biosafety (CNTBio), Paulo Barroso, stated that biotechnologies that increase the tolerance of crops to water scarcity are the new frontier for agricultural biotechnology. “We are no longer at the time to discuss whether GMOs are safe or not. The example of Brazil, the United States and the widespread worldwide consumption show that they are safe”, emphasized Barroso, who foresaw the expansion of technologies.

Barroso explained that the decision to release transgenic crops in Brazil is bicameral: CTNBio exhausts all scientific analyzes through a collegiate of senior scientists with periodic regulations revised in line with scientific advances.

The second instance is the National Biosafety Council, which makes socioeconomic decisions, but only when activated by an interested party. The introduction of GMOs caused a clear improvement in productivity, as well as a reduction in the use of agrochemicals.

“One of the biggest problems we face is the lack of tune in approving genetic modification events. This entails a high financial cost, and I believe China faces this as well. It was very important to understand how China does and assimilate the processes and incorporate joint practices. To accelerate progress, we need bilateral agreements to form a model that unifies processes, a 'fast track'”, he concluded.