Researchers develop a mixture of biological, chemical, and mineral products for seed treatment 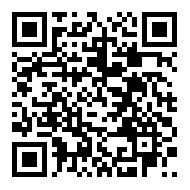 The Grupo Floss laboratories are working with two teams of microbiologists on trials to make mixtures of biologicals with chemicals and minerals for seed treatment and soil applications.

“Undoubtedly, the use of biologicals is the basis for the future of soybean production in Brazil,” said Agronomist Luiz Gustavo Floss, director of the company and expert in Plant Production at the Aapresid 2021 Congress, held in Argentina.

Floss is also the Coordinator of the High Productivity Academy, where, after years of trials, they have developed "the high productivity ladder" that includes the physical and chemical balance of the soil, adequate fertilization, good genetics, phytosanitary management, balance physiological and biological balance. Thus, commercial crops have doubled.

“To favor the balance of the soil, in addition to the use of beneficial microorganisms, it is necessary to rotate crops. Today's agriculture needs to know more about many of these microorganisms to become efficient technologies in the handling of soybeans,” he pointed out.

In his presentation at the Aapresid Congress, he asserted, “In the future, the production base will be with biological products.” And it is not that he is against the use of chemicals, but they must complement the biological and not the other way around. For the balance of the soil, one needs biology as a priority.

“Today in Brazil, there is an increase of up to 25% in the use of biological products, and it will be 40% in the coming years because producers can verify the results. Yes, it is essential to speak in the long term, something that the Brazilian producer is not used to. Young people, the new generations, have a more open mind, and we know that with them, we can better advance with these changes in culture,” Floss evaluated.

The Floss director provided details of the last two decades in soybean production, showing the growing adoption of bio-inputs with its consequent increase in yield, from 2,800 to 10,000 kilos per hectare.

According to more recent data, around 5% of the cultivable area in southern Brazil and 10% in the Mato Grosso area has turned to this type of product, especially Azospirillum. According to the results they have carried out jointly with EMBRAPA, they have registered increases of between 60 and 180 kilos per hectare.

Floss clarified, “Some regions of Brazil tend to have up to three crops per year. He described the cycle starting with soybeans planted in September and harvested at the end of December or January. In the following months, they continue with corn and beans (beans). In all cases, early varieties are used, root development is optimized using Azospirillum, and Bradyrhizobium was also adopted. "We see growth year after year," he stressed.

Referring to the producers' behavior, he argued, “They need to see to believe. They do not see microorganisms, but they do see the results and that is why the acceptance of the use of biological products is growing.”

He said that just as with Direct Sowing there was a cultural process towards the producer, “for these products we must show research, and how it improves the productivity, nutrition, and health of the crops. Since the producer can verify that he has all these improvements in the medium term, the use of biologicals is increasing. In Brazil, we have a robust market for the use of biological products, and we see that everyone is turning towards that,” Floss was quoted as saying.

The increase in productivity is related to the soil, the genetics of the cultivars, and the management, particularly giving the plant the necessary density so that it has more lights and can have optimal photosynthesis (not less than 60 centimeters between plants is the rule that they observe).

Biostimulants are used to complete the cycle, providing more productivity and reducing the risks of diseases and pests. When it comes to looking for the natural balance of the soil, which is a challenge due to the rainfall regime, they use Trichoderma and Bacillus.