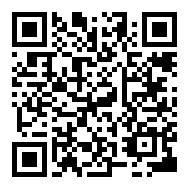 Spray oil or crop oil is widely used in agricultural application for many years for insects and fungi control. Generally, spray oils are made of naturally occurring oils such as vegetable oil or mineral oils, and a small number of emulsifiers. Emulsifiers are important ingredients in spray oil to enable the formation of stable emulsion when spray oils are diluted in water in spray tanks before use. TERGITOL™ 15-S Series Surfactants are secondary alcohol ethoxylates from Dow Inc., with excellent emulsification, detergency, rapid wetting performance. The structure offers distinct combination of performance and property profile. The low surface tension enables it as excellent emulsifiers with rapid aqueous dissolution profile in both water and oil. Here we report that the series of TERGITOL™ 15-S surfactants could be used to prepare highly stable paraffin oil in water emulsion, which potentially be applied drone spraying pesticide.

For crop defense, spray oil is well known in the control of pest such as insects, fungi, and microorganisms. The base for such spray oils is generally made of natural oils such as vegetable oil, or paraffinic oils. These oils emulsified by varied of emulsifiers have been used to manufacture the spray oils for crop defense applications.

However, the bottleneck of spray oils application is the preparation of high stable oil in water emulsions due to hydrophobic nature and large molecular volume of such oils. Improving the stability of paraffin oil emulsion is very important and challenging for drone spraying pesticides. Low emulsifier dosage and high stability are two essential factors for such emulsion preparations. To inhibit or slow down the aggregation of emulsion droplets, specific emulsifier packages should be designed, furthermore, the emulsifiers should also be compatible with base oil to form homogenous and transparent base formulations before dilution.

Here we reported an emulsifier package to prepare high stable paraffin emulsions, which comprises dioctyl sulfosuccinate, secondary alcohol ethoxylates and / or polyalkylene glycol monobutyl ether nonionic surfactants, the emulsifier package is well compatible with paraffin to form homogenous and transparent spray oils base formulations. After emulsification, high stable oil in water emulsion can be obtained, which is able to pass 2 hours or even 24 hours stability test under 30oC. The extended stability of paraffinic oil emulsion enables such formulations to be used in agricultural applications as a good carrier for pesticides to improve the efficacy and efficiency of the active ingredients.

The chemicals being used in this report are listed in table 1.

The emulsifiers are added into mineral oil 6/9 at given dosage level at room temperature to prepare the base formulation by stirring. If the polymeric surfactants, like TERGITOL™ XH, are used, the mixture should be placed in oven at 50˚C for at least 20 minutes to ensure the surfactants are fully dissolved before mixing, in order to prepare homogenous and transparent spray oil base formulations.

Emulsification performance was evaluated by 10x dilution into GB standard hard water (Ca2+ and Mg2+ 0.342g/L) via visual inspection and imaging at 30˚C. If spontaneous emulsification can be achieved with slightly agitation and the emulsion is fine and stable within two hours, the formulation will be marked as pass, otherwise will be marked as failed.

Emulsifier or emulsifier combination was added into an oil, the mixture was fully mixed with a FlecTeck Inc. SpeedMixer DAC 150.1 FVZ.K at 2000 rpm for 3 minutes. After mixing, 10 times dilution of the emulsifier-oil mixture above in hard water was conducted to form an oil in water emulsion, this emulsion sample was agitated with a spin mixer for 30 seconds and then evaluated using LUMISizer 651 to quantify the emulsion stability.

According to the Stokes’ Law

The settling rate(V) of emulsion droplets is related to the viscosity (η) of continuous phase, density difference (ρc – ρd where ρc is the density of the continuous phase, and ρd is the density of dispersed phase), particle size (d) and the gravity acceleration (g). Gravity acceleration can be increased by centrifuge, which will increase the setting rate, V, in return.

For same dispersed oil (same density), if the viscosity of the dispersion is similar, smaller particle size means lower settling rate under centrifugation (LUMISizer Capability). LUMISizer tracks the extinction profiles of the transmitted light across the entire height of the sample tube and gives the calculated instability index along with separation time. Parallel near infrared light illuminations integral (Ti) illuminates one testing line of the sample and Tmax represents the total max transmission. The CCD sensor gives out the extinction of the instability index and range from 0-1. At given testing conditions, when the number of instability index is close to 1, it means very unstable. When it close to 0, it means the sample is the most stable one. Varied of emulsifier combinations have been evaluated, the dosage of the total emulsifiers is fixed at 10 wt%. The results are summarized in Table 2, which show that all the emulsifiers are compatible with the oil phase. But the stability performance varies (shown in Table 3). All the formulations can pass 2 hours stability test, but only emulsion 1 and emulsion 2 can pass the 24 hours stability test. The instability index results in the last column are consistent with the visual inspection results as documented in column 3 and 4. Lower instability index indicates better stability.

It’s found that the best emulsifier for mineral oil-6 or 9 is TERGITOL™ 15-S-5, which is a secondary alcohol ethoxylate with approximately five ethylene oxide (EO) units. The combination of TERGITOL™ 15-S-5 and TRITON™ GR-7M at the ratio of 1:1.86 gives the top 2 best emulsification performance. The reason why secondary alcohol ethoxylate combined with ionic surfactants might be the binding force of ingredients and paraffin oil is stronger and keep the formulation from separating in water after dilution. The nonpolar secondary alcohol tail of TERGITOL™ 15-S-5 would help form stronger adsorption on oil particles compared to linear alcohol tails and polar EO chain could extend into water to help bind ingredients together and better keep emulsion particles from aggregating.