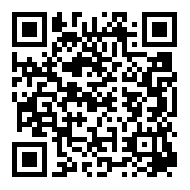 China is one of the birthplaces of global agriculture. According to existing archaeological evidence, Chinese agriculture has a history extending back from 8,000 to 9,000 years. The development of agriculture has experienced three important evolutions during its long history of development.

The first phase is the use of manpower, animal power, hand tools and farm manure, characterized as traditional agriculture based on family self-sufficiency. The second phase was the emergence of near-modern agriculture characterized by machinery, improved seed quality, chemical fertilizers and pesticides under the typical farm-based intensive cultivation model, realizing production efficiency and higher income for farmers. The third evolution is the agricultural science and technology revolution, which is ongoing at present and is a new green agriculture characterized by biological breeding, intelligent machines and plant growth regulators, being a new economic model based on industrialization and smart and green agriculture.

Coronatine: A major outcome of the third agricultural revolution

Coronatine, a novel plant growth regulator, is a jasmonic acid (JA) structural analogue. It is the world’s first industrialized JA signal molecular regulator and one of the major outcomes of the third agricultural revolution. Coronatine helps regulate the physiological process of plant growth and development, achieving its functions of fruit coloring and sugar content raising, low-temperature seed germination, resistance and yield increase, defoliation and microbial weeding. This novel plant growth regulator with Chinese intellectual property rights is expected to play a significant and valuable role in China’s green agricultural development.

Introducing the Technology of Coronatine

1. An Innovative Technology Supported by Nation

Supported by China’s 863 Program, the genetically engineered bacterium contained in Coronatine was developed by China Agricultural University, in association with Chengdu Newsun Crop Science Co., Ltd., through 20 years of research and development efforts via transposons induced mutation and genetic recombination. Yield levels increased 5 to 10 times in trials utilizing Coronatine reported globally so far, therefore, solving the fermentation titer and low yield issues. As a result, industrialized production for marketing and wide application can be realized.

2. Global Naming for the First Time

The substance was officially named Coronatine on 3rd May, 2013, after an advocation led by Chengdu Newsun, and approved by the Technical Committee of Pesticide Standardization Administration. The name Coronatine was subsequently globally endorsed. Your application for the naming of Coronatine has been received, knowing that the compound of the chemical and structure are:

According to the provisions of “chemical structure and use-based naming principle” in the HG-Pesticide Naming Convention and Procedure, after consultation with experts, we approve the use of the name, “Coronatine,” for the compound, which is not a repetition of other common names of pesticides.

For and on behalf

Issued by Secretariat of Technical Committee of Pesticide Standardization Administration

4. Global Registration for the First Time

In September 2021, ICAMA of the Chinese Ministry of Agriculture and Rural Affairs announced granting of the the seventh batch of novel pesticide registrations. The announced period of time for public opinion was 9th July, 2021, to 15th July, 2021. The 26 novel pesticide varieties included Coronatine technical 98% and Coronatine 0.006% soluble concentrate, highlighting the full registration of the epoch-making plant growth regulator, which will be soon released to market.

Coronatine, as the world’s first man-made plant molecular signal regulator, can regulate the physiological processes of plant growth and development, affecting fruit coloring and sugar content raising, low-temperature seed germination, resistance and yield increase, defoliation and microbial weeding. It could have a significant and positive effect on the yield and quality of farm products, as well as produce many benefits to the green development of agriculture. Figure: Coronatine applied to grape to increase color and sugar