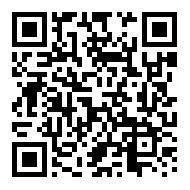 - The Modern Agriculture Platform (MAP), which provides farmers with access to market-leading products and services, more than tripled sales year-on-year

Prices of most grains remained robust during the first half of 2021, resulting in increased planted area and higher demand. Demand was strongest for Syngenta Group products that help farmers combat ongoing drought conditions in North and Latin America, especially the western United States and Brazil, as well as cold snaps in Europe and floods worldwide.

Strong Syngenta Group first quarter 2021 performance continued in the second quarter. All business units achieved double-digit growth in the first half of 2021. EBITDA margin held, despite logistics and cost inflation, driven by new innovations and productivity.

Growth was supported by channel and farmer stock-building due to COVID-19-related logistics concerns.

Syngenta Group China delivered strong growth across all segments. MAP sales more than tripled to $0.9 billion in the first half by providing farmers with products and services that enable them to grow more sustainably and produce higher quality crops that can be sold at higher prices. This farmer-focused ecosystem continued to expand in China, adding 87 new centers since the beginning of the year. At the end of June, there are 413 MAP centers, with over 200 partner organizations and 37 MAP beSide™ products that connect consumers to the farms where their food is grown. Syngenta Group China’s performance has also been enhanced by the Group’s effective intellectual property protection efforts.

Successful acquisitions, such as Winall Hi-tech Seed and Jiangsu Huifeng Bio Agriculture’s crop protection business, finalized in the first half of 2021, further strengthened the Group’s capabilities to serve Chinese farmers.

Synergy-driven sales increased 90 percent in the first six months to more than $0.3 billion and a profit contribution of $0.1 billion.

“Our continued strong performance and results demonstrate how our teams around the world are serving farmers and helping them address the challenges of COVID-19 and be part of the solution to climate change. We are focused on developing and launching products and services that enable farmers to grow good crops despite drought, heat, flooding, and high wind or other weather extremes,” said Syngenta Group CEO Erik Fyrwald. “Our results demonstrate that we are meeting the needs of local growers not only with our sustainable products, but also with our digitally enabled services.”

Syngenta Group CFO Chen Lichtenstein said, “Our teams have again delivered double-digit sales and strong profit growth across all our business units. We have launched innovative products, tapped into growth synergies for the Group, controlled costs, and managed to meet the increased demand of our customers even as the pandemic continues. Our focus on R&D and targeted acquisitions will help us drive future growth.”

Products that helped farmers combat the effects of extreme weather, such as MIRAVISTM did well, as did SPIROPIDIONTM, which protects plants from sucking insects yet is safe for pollinators.

In France, there was strong demand for MEGAFOLTM, a plant stimulant made from seaweed extract that enables plants to better withstand extreme temperatures, which helped grape growers combat the effects of a late spring cold snap.

ADAMA grew sales by 18 percent (14 percent at CER) during the first six months of 2021, with continued robust growth in all key regions, pushing year-to-date-sales to a record high of more than $2.9 billion.

Sales in Europe grew by 3 percent compared to the corresponding quarter last year, resulting in a marginal decline of 1 percent over the six-month period. Sales in North America increased by 19 percent over the six-month period; sales in Latin America grew 18 percent; sales in India, Middle East and Africa recorded growth of 17 percent; sales in Asia Pacific (excluding China) grew 23 percent; and in China sales increased by 55 percent.

Field crop sales in Europe, Africa and the Middle East grew by 14 percent; in North America, sales increased by 1 percent; sales in Latin America increased by 10 percent; in Asia Pacific (excluding China), sales were up 15 percent and in China, sales more than tripled, assisted by the acquisition of Winall.

Vegetable Seeds grew in all regions, resulting in a 15 percent increase in sales and Flowers recorded sales growth of 27 percent.

Heightened demand in the US drove increased demand for ENOGENTM corn for feed, which increases feed efficiency in both beef and dairy by 5 percent and reduces methane intensity by as much as 7 percent.

In Latin America, the expansion of corn hybrids with the Agrisure VipteraTM trait has become the only above-ground insect trait that provides effective control of the Fall Army Worm.

Syngenta Group China, consisting of the Group’s seeds, crop protection, crop nutrition, the Modern Agriculture Platform (MAP) and digital activities in China, achieved in the first six months of the year sales of $4.2 billion with a growth of 47 percent compared to the previous year (34 percent at CER).

MAP and digital revenues continued to grow rapidly, more than tripling. In the first half of the year, 87 new MAP centers were added, for a total of 413 centers in major agricultural areas in China. With the expansion, more than 9.88 million hectares of land are now equipped with MAP’s digital solutions. In addition, MAP beSide™ agricultural products, which offer quality control and traceability certification, were further expanded.

Utilizing advanced technologies in heavily-affected Henan province, Chinese farmers were able to work with the Group to use satellite images to see where the worst damage from floods took place, and then send in drones for targeted fungicide and biostimulant applications. This allowed them to recover most of the crop. Additionally, the digital photos enabled the farmers to apply for crop insurance.