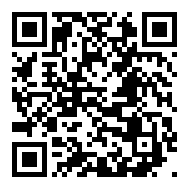 Ignacio Dominguez, President and CEO of ADAMA, said, "Today, with crop prices at levels we have not seen in a number of years, and the resulting increase in planted areas, global demand for crop protection products is strong. This brings great opportunity, and places immense responsibility, on ADAMA and our industry to support the world's growers with safe, effective and sustainable solutions to ensure they can nourish the planet, especially in a time of global pandemic-related uncertainty and disruption. I am extremely pleased that we continue to deliver on our business performance goals, reporting another quarter of business and profit growth. This has been achieved despite the extraordinary times we are in, which continue to pose numerous challenges to global logistics and supply lines, and is a testament to the commitment and dedication of our people to continue bringing our crop protection solutions to farmers across the globe."

During the second quarter of 2021, crop prices of most of the major commodity crops remained elevated, driving an increase in planted areas and strong crop protection demand in most regions. Demand was also supported by positive weather conditions in various regions, although drought conditions in the Americas, most notably in Brazil and the western United States, posed challenges for farmers in those regions.

During the quarter, prices of intermediates and active ingredients sourced from China continued to rise compared to the same period last year, driven by high raw material prices, and the higher global demand. Oil prices have been rising considerably, following the alleviation of pandemic control measures in a number of countries.

Global freight and logistics costs continued to rise during the second quarter of 2021, as COVID-19 continues to disrupt port activity, resulting in container shortages, while demand for container shipping remains high. Similarly, in-land logistics remain challenged as pandemic-related restrictions continue to create frictions in domestic supply lines. Taken together, these constraints have impacted both availability of shipping and transportation resources, as well as significantly increased their costs, a dynamic widely observed across all international trade-related industries.

The Company continues to actively manage its procurement and supply chain activities in order to mitigate these higher procurement and logistics costs. It also endeavors to adjust its pricing wherever possible to compensate for these increased costs, but intense competition in certain key markets has restrained the Company's ability to do so in an effective and timely manner.

Following the completion of the Relocation & Upgrade program for Sanonda, production has recently resumed at the Company's new, state-of-the-art Jingzhou site. While production is initially starting at relatively low levels, the Company expects output levels to gradually ramp up over the remainder of the year. This return to production at Sanonda will progressively reduce the need for incurring additional procurement costs which the Company has endured while the plant has been suspended, and is expected to reduce idleness charges as production and utilization levels rise over the coming months.

In the quarter, ADAMA delivered significant growth in Asia Pacific, led by a strong performance in China and the Pacific region. In North America, the Company recorded continued growth from its Consumer and Professional business, alongside a solid performance in the crop protection arm, recovering from first-quarter headwinds seen there. Pleasing growth was seen in Latin America despite ongoing drought conditions across the region, as well as strong growth in the India, Middle-East & Africa region, which enjoyed favorable weather including the start of the monsoon season in India. In Europe sales grew, aided by a recent heatwave in the region, which caused higher disease and insect pressure in most countries.

The accelerated growth in the quarter brought half-year sales to a record-high of $2,329 million, an increase of 16% (+7% in RMB terms).

The Company recorded certain extraordinary charges within its reported cost of goods sold, totaling approximately $25 million in the second quarter (Q2 2020: $11 million) and $42 million in the half-year period (H1 2020: $30 million). These charges were largely related to its continuing Relocation & Upgrade program, and include mainly (i) excess procurement costs, both in quantity and cost terms, incurred as the Company continued to fulfill demand for its products in order to protect its market position through replacement sourcing at significantly higher costs from third-party suppliers, and (ii) elevated idleness charges largely related to suspensions at the facilities being relocated as well as to the temporary suspension of the Jingzhou site in Q1 2020 at the outbreak of COVID-19 in Hubei Province. For further details on these extraordinary charges, please see the appendix to this release.

In the quarter, the higher gross profit was driven by the strong volume growth and the strengthening of local currencies against the US dollar, which more than offset the impacts of somewhat softer local currency prices and higher procurement and logistics costs.

During the half-year period, the higher gross profit was driven by the strong volume growth alongside positive seasonal changes in product offering, as well as the stronger currencies against the US dollar, all of which outweighed the impacts of the softer local currency prices and higher procurement and logistics costs.

Despite the exceptionally strong sales growth, the Company continues to see pressure on gross margins, reflecting the higher logistics and procurement costs, as well as the impact on production costs of the strengthening of the Chinese Renminbi and the Israeli Shekel.

In the second quarter, ADAMA continued to advance the development of its differentiated product portfolio. The Company obtained multiple new product registrations in the quarter, including TIMELINE FX®, a three-way mixture herbicide for cereals in Sweden, MAXENTIS®, a unique co-formulation fungicide that protects against key foliar diseases in cereals and canola in Australia, and TAPUZ®, a unique combination product with two different modes of action to control various rice pests in Indonesia.

ADAMA continued its global roll-out of one of its self-produced prothioconazole-based products, SORATEL®, with launches in the UK and Canada. This is ADAMA's first product featuring its novel Asorbital™ formulation technology, a proprietary formulation technology that delivers improved penetration efficiency and excellent systemic movement in plants, resulting in higher efficacy of ADAMA's prothioconazole-based products.

Europe: Sales in the second quarter were in line with those of the same quarter last year, in CER terms, but were lower by 2.3% in the first half of the year compared with the corresponding period last year.

In the quarter, sales were aided by a recent region-wide heatwave, causing higher disease and insect pressure in most countries, following a prolonged cold spell. Noteworthy performances were seen across eastern Europe, supported by favorable conditions in key crops, as well as in Italy and in Greece, bolstered by the Company's recent acquisition in the latter country. These more than compensated for softer performances in certain countries in the western part of the continent, but were largely offset by a generally softer pricing environment across the region.

In US dollar terms, sales were higher by 3.4% in the quarter but were lower by 0.6% in the half-year period, compared to the corresponding periods last year, reflecting the net impact of the strengthening of regional currencies compared to their weakening in the 2020 periods at the outbreak of COVID-19 then.

North America: Sales were up by 24.0% in the second quarter and by 18.5% in the first half of the year, in CER terms, compared with the corresponding periods last year.

In the quarter, ADAMA recorded continued robust growth and market share gain in key segments of its Consumer and Professional business, alongside a solid performance in the crop protection arm, recovering from first-quarter headwinds seen there.

In US dollar terms, sales were higher by 25.2% in the quarter and by 19.4% in the first half, compared to the corresponding periods last year, reflecting the strengthening of the Canadian Dollar.

Latin America: Sales grew by 21.5% in the second quarter and by 21.7% in the first half of the year, in CER terms, compared to the corresponding periods last year.

The Company delivered pleasing growth in the quarter, driven by business growth in Brazil supported by the strong crop prices, and despite ongoing drought conditions which affected the corn planting season in the country, as well as growth seen in other countries across the region.

Asia-Pacific: Sales grew by 14.4% in the quarter and by 25.7% in the first half of the year, in CER terms, compared to the corresponding periods last year.

In the second quarter, the Company delivered robust growth in the region, led by a strong performance in China and the Pacific. In China, ADAMA is seeing strong growth, both from sales of its branded, formulated portfolio, further aided by the acquisition of Huifeng's domestic commercial arm at the end of 2020, as well as from sales of its raw materials and intermediates which saw strong demand and higher prices. The Company also started to benefit from its recent acquisition of Huifeng's manufacturing assets at the end of May 2021. In the Pacific region, the Company grew strongly in the quarter, driven by continued favorable seasonal conditions.

In the rest of APAC, the Company recorded continued growth in the quarter, with noteworthy performances delivered in Indonesia, Korea and Australia, more than offsetting the challenging seasonal conditions in other parts of South-East Asia, and the lingering effects of COVID-19 which continues to challenge local farmers throughout the region.

In US dollar terms, sales in the region grew by 26.4% in the second quarter and by 38.3% in the first half of the year, compared to the corresponding periods last year, reflecting the impact of the strengthening of regional currencies, most notably the Australian Dollar and Chinese Renminbi.

India, Middle East & Africa: Sales grew by 9.7% in the quarter and by 15.5% in the first half of the year, in CER terms, compared to the corresponding periods last year.

In the quarter, the strong growth was led by India, which enjoyed favorable weather with a strong start to the monsoon season, enabling good cropping conditions.

In US dollar terms, sales in the region grew by 13.5% in the quarter and by 16.6% in the first half of the year, compared to the corresponding periods last year, reflecting the impact of the strengthening of regional currencies compared to the USD, most notably the Israeli Shekel.