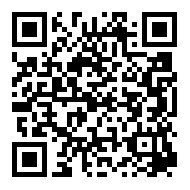 “The PREtec vaccines for plants are both sustainable and cost-effective, as such we believe that they will have very large opportunities in agriculture around the world…We have invested more than $20 million over the last eight years, and we are building on thirty years of research by Dr. Wei. We are targeting opportunities around the world which are worth more than $5 billion,” said Chris Richard, CEO of Plant Health Care, in this interview by AgroPages.

Jeff Tweedy, COO of Plant Health Care, and Rodrigo de Miranda, Country Director of Plant Health Care in Brazil, also participated in the interview. They talked about why Harpin and PREtec are unique and promising technologies in the AgMarket, as well as the achievements in company development in Latin America and their future plans.

What is the main technology behind Plant Health Care? Could you please tell us some milestones during the company’s development?

Chris: Plant Health Care is a US company which is listed on the AIM (Alternative Investment Market) in London. The company was originally founded to distribute products to organic growers, however, we now focus the company principally on the Harpin and PREtec technologies for the row crop and specialty crop markets.

Harpin was originally discovered by Dr. Zhongmin Wei who is the Chief Science Officer. When he was doing a post-doc fellowship in Cornell University, he was studying interactions between plants and pathogens (bacteria and fungi) particularly in the soil. Dr. Wei was the first person in the world to identify particular proteins which are secreted by pathogens. When these proteins touch the plant, they wake the plant up. That is why we call them plant elicitors. The very first protein that Dr. Wei discovered was later commercialized as a product called Messenger.

What Dr. Wei then did is he isolated proteins from various different pathogens, and he made a recombinant protein which today we sell as Harpin αβ, which is inspired by proteins from six different pathogens. Now Harpin αβ is about ten times more powerful than the original Messenger. We sell Harpin αβ in many countries around the world, and it is a very powerful plant elicitor that helps plants grow better and grow more yield.

However, when I first met Dr. Wei in 2012, he convinced me that the next generation of technology, now called PREtec (Plant Response Elicitors technology), was even more exciting. PREtec are peptides, very small chains of amino acids. We call them vaccines for plants. When these vaccines touch the plant as a seed treatment or when they are applied to the leaf, they send a message stimulating and switching on the immune system throughout the plant.

We have invested more than $20 million over the last eight years, and we are building on thirty years of research by Dr. Wei. We are targeting opportunities around the world which are worth more than $5 billion. So we think the PREtec peptide technology is really exciting!

Our next milestone after the eight years of research is a very first launch of a product from the PREtec platform. That is Saori™ in Brazil. Why is your technology getting such an attention from investors and the AgMarket?

Chris: The reason it attracts attention is because it is a very exciting sustainable technology. The PREtec peptides are non-toxic products classified by the EPA as zero-residue and low toxicity. So they are of high sustainability, and at the same time, they are highly cost-effective.

There are many technologies which are targeted at organic agriculture, but frankly, they are not sufficiently cost-effective to be used in conventional agriculture. The PREtec vaccines for plants are both sustainable and cost-effective, as such we believe that they will have very large opportunities in agriculture around the world.

What can the peptides do for agriculture and why is this considered as one of the most promising technologies in AgMarket?

As for PREtec vaccines for plants, we have three different platforms. The first one is Innatus platform. Saori™ is the first product from this platform. Saori™ makes the plant more vigorous and help to protect it from disease. We are launching Saori™ against Asian Soybean Rust (ASR) in Brazil. We also have a number of other products from the platform called T-Rex. We are now developing the product PHC949 which is a specialist in nematode control. And we have a third platform called Y-Max, which is more a conventional biostimulant.

My ambition is that growers use a PREtec peptide on every hectare, because every crop will benefit from at least one application of our PREtec peptide.

Why is Harpin different from the current technology basis in Agriculture?

Jeff: Harpin works as an elicitor on the plant. It stimulates the plant to protect itself. As opposed to other technologies that kill the target pest thereafter, this allows the plant to protect itself. That is very beneficial for two reasons: 1) once you turn it on, if the stress comes, the plant is ready for it; 2) there is no residue left on the plant or in the soil, so has a very good environmental profile. And it fits well in conventional agriculture.

Do you consider that the recent success in important markets such as Brazil, mainly in sugarcane market, could represent a turning point for company growth in Latin America?

Jeff: It is a really good question. What we have seen is that the yield increase is as high as 23%. As the average yield increase from Harpin applications to sugar cane, it is beneficial to growers’ operation. I think one of the critical successes is that Harpin entering this large sugarcane market which is a very significant market. In addition, we also have Harpin in the United States, especially for corn, and into specialty crops. As we enter these markets, we have relationships with very large distributors that give us market access. What really separates Plant Health Care from other companies trying to enter the space, is that we have technology that fits in these large markets, and we also rely on large distribution to give us market access.

Moreover, in Latin America, entering Brazilian sugarcane market has given us a nice platform to build on as we launch Saori™ for soybeans. Brazilian soybean is a new crop for Plant Health Care, but we have the infrastructure and a team to put together to help us enter that market and be successful for the launch this fall.

What is yet to come in the company pipeline?

Jeff: We are launching Saori™ in Brazil this fall. That peptide will also get registration in the United States in 2022, so we look for the launch about 12 months from now. The registration is on track for approval in Q3 2022.

PHC 949 is our next peptide which shows very good promise on nematode control in a number of crops, and the efficacy has been great. We compared it to traditional chemistries that have been used in the market, and the results have been very comparable. We believe that it will be a replacement for traditional chemistry and also be a new tool for growers who have lost products due to regulatory concerns. So, we believe that will be an exciting peptide in a number of continents, and we are preparing those registrations for submission later on this year.

And beyond that are two more peptides, PHC414 and PHC404, which are biostimulants. We are doing several tests of these two products in different countries right now. We look to launch them in the coming years. The registration track could be much quicker to market. We believe they will be great benefits to growers on yield and quality that growers are looking for today.

Plant Health Care has a robust pipeline of products and that is why we have added several new people to the organization in the last six months to help us ramp up these efforts from research projects of these peptides to commercialization. This is very exciting!

The company has just registered a product for Asian Soybean Rust (ASR). What is the disruptive potential of the product for ASR management?

Rodrigo: Growers usually spray fungicides during reproductive part of soybean growing cycle. Saori™ protects the plant from emergence until senescence and it is effective against other important soybean diseases as well.

What are the advantages of the product compared to other fungicides against this pathogen?

Rodrigo: Saori™ is a biochemical fungicide used on seed treatment that controls leaf diseases. Because it is applied as seed treatment, rates are very low and its protection starts on emergence lasting for the entire production cycle. It is environmentally friendly and has minimal impact on humans. Saori™ can be used combined to other seed treatment solutions.

How will the company approach other countries from Latin America? Is there room for partnerships?

Rodrigo: Plant Health Care is open for partnerships in Brazil and other countries in Latin America. The combination of solutions from different companies are the only sustainable way to support the growing global food demand.

What results have you got so far with Harpin in Brazil? In which crops?

Rodrigo: Since 2015, Harpin has been applied on several crops, like sugar cane, soybean, corn, coffee, tobacco, wheat, citrus, potato, fruits among others.

Return on investment is usually above 6 times (600% ROI).