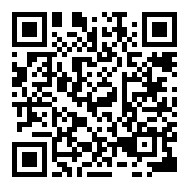 Maize is grown widely and the most productive staple cereal in the world, and is critical to global food security. Drought has become a severe abiotic stress that affects the global production of maize. Elucidation of the complex physiological mechanisms underlying drought tolerance will support the cultivation of new drought-tolerant maize varieties.

In collaboration with Prof. CHEN Huabang from the Institute of Genetics and Developmental Biology (IGDB) of the Chinese Academy of Sciences, researchers led by Prof. XIE Qi from IGDB isolated one gene involved in drought response in maize by using comparative transcriptome and bin map subtraction.

This work identifies a valuable genetic locus and provides a new strategy for breeding drought-tolerant crops.

This study entitled "ZmbHLH124 identified in maize recombinant inbred lines contributes to drought tolerance in crops" was published online in Plant Biotechnology Journal on May 25.

This work was supported by the National Key R&D Program of China, and the Transgenic Research Projects.