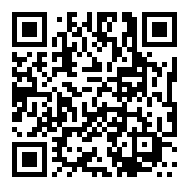 A selection of nonionic surfactants based on linear and secondary alcohol alkoxylates as well as alkyl polyglycosides, which to varying degrees are made from renewable chemistries, were evaluated as co-formulants for biopesticides.  Properties such as wetting performance, contact angle, phytotoxicity, and fungal and bacterial growth inhibition were considered for the selection of adjuvants in the study. Key functional performance parameters such as spreading index, compatibility with corn leaves, and growth inhibition were evaluated using six different strains: Paraburkholderia phytofirmans PsJN, Bacillus endophyticus, Pseudomonas fluorescens, and Bacillus simplex, Trichoderma virens (fungus), Rhizobium cellulosilyticum and Trichoderma viride (fungus).

The market for general biological control products is complex and there exist many subsectors. In 2018 more biopesticide products were introduced to the market than conventional crop protection products. (McDougall, Phillips 2018, Evolution of the Crop Protection Industry since 1960, 5-7) Biopesticides offer formulators multiple benefits including support of plant growth & root health, contributions to improved soil microbiome stability, and improved availability and uptake of specific nutrients by the plants.

The use of microbial products has certain advantages over conventional chemicals; they are considered safer than many of the chemicals now in use, they do not accumulate in the food chain, the target organisms seldom develop resistance as is the case when chemical agents are used, and properly-developed biocontrol agents are not considered harmful to ecological processes nor the environment (Travis R. Glare, et al (2016): Development of Biopesticides and Future Opportunities. Microbial-Based Biopesticides pp 211-221.)

Given the potential benefits of biopesticides, either used alone or in combination with conventional crop protection options, it is important to understand the role of co-formulants that enhance the benefits of biopesticides and enable resource efficiency.  A formulated biopesticide needs to have good storage stability, should show high efficiency in the application as well as good uptake of product into the plant.  Co-formulants must be effective in maintaining the viability of the active ingredient (bacteria or fungus) and enhancing the availability to the plant, in order to gain full advantage of the beneficial effects of the formulation. In this article, we demonstrate the effect of the surfactants on biopesticidal formulations and show a selection of molds and bacteria species for biopesticidal uses.

We will cover the methodology how to measure compatibility and how to come to test results.

The surfactants should not sacrifice the performance of the fungi and bacteria. Tests conducted in lab scale at Dow should help to advance the selection products to be further tested at customers and scaled up to field trials.

A selection of nonionic surfactants based on linear and secondary alcohol alkoxylates as well as alkyl polyglycosides, which are in varying degrees made from renewable chemistries, were chosen to evaluate their performance as co-formulants for biopesticides. 1% (w/w) water solutions were prepared for all the surfactants tested. Products based on a variety of different surfactants were selected based on various criteria (Table 1). Table 1: Non-ionic surfactants
Notes: Typical properties, not to be construed as product specification. Table 2: List of strains used to assess the compatibility with adjuvants

The round coupons with a diameter of 3cm were cut out from Whatman °41 filter paper. The plates were incubated for 2 days at 30°C for bacteria strains and at 28°C for the fungi strains. The inhibition zone was measured (in mm) and the growth over the coupons was rated from 1 (<10% growth over) to 4 (>60% grow over) (Figure 2 and Table 3) Figure 2: Pictures of petri dishes with coupons immersed in surfactants

Based on the results, it is concluded that the incorporation of specific surfactants can help exhibit improved wetting and spreading properties to the formulation. Negative side effects on scorching with the tested adjuvants and substantial microbe inhibition were not observed.

The microbes Pseudomonas fluorescens, Trichoderma virens (fungus), Rhizobium cellulosilyticum and Trichoderma viride do not exhibit any inhibition properties with all the surfactants tested.

Bacillus simplex shows an inhibition zone of 5 mm with TERGITOL™ 15-S-7 and 4 mm with ECOSURF™ SA-9. All other formulations exhibit no inhibition zones at all. Surprisingly many of these developed significant growth over zones (>60%) such as Tirchoderma virens and Trichoderma viride with all adjuvants tested.

The co-formulants tested exhibit good profile properties for bio pesticide uses. They do not exhibit negative effects upon the biological activity of the microbes.  Therefore, they may be considered for use within biological systems (Table 3).

Table 3: Test results of the compatibility of adjuvants with strains

Over 20 years industry experience in application technology in the agricultural, lubricants and construction industry;