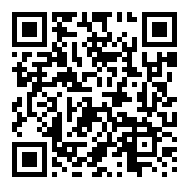 The world’s continuously growing population, along with a decreasing amount of arable land and scarce water resources, are driving regulators to impose more stringent environmental mandates1. As a result, formulators must also continue to innovate and develop high-performing pesticide products that lessen overall impact on the environment. This increasingly challenging landscape requires chemical suppliers to provide sustainable solutions to formulators that support their demanding formulation needs.

Oil-based suspension formulations, known as oil dispersions (ODs), are commonly used for water-sensitive active ingredients and require specific products with unique properties that aim to ensure long-term stability for pesticide applications. An OD formulation consists of active ingredient particles suspended in an oil medium with the aid of a dispersant and rheology modifier. The built-in emulsifier is used to emulsify the oil into emulsion droplets once the formulation is diluted in water.

Although achieving OD formulation stability can be challenging, selecting the appropriate oil medium is vital since it is the heaviest component in the formulation. Additionally, choosing proper dispersants and rheology modifiers will contribute to overall long-term stability. Compared to commonly used oils derived from soybean and methylate, AltaOil provides better formulation stability due to its unique product composition and chemistry (see Table 1).

Both AltaOil grades have similar viscosity and density compared to alternative oils, making them easier to handle in strenuous formulations. AltaOil has a lower pour point than soybean oil and methylated soybean oil, which is advantageous for use in colder environments. The high flash point of AltaOil also makes it safe to handle during transportation and production. AltaOil’s relatively high acid number comes from the product’s inherent pine chemistry composition. Although a high flash point can be challenging with certain actives, AltaOil showed no major issues with AI degradation when combined with nicosulfuron, with which formulation is notoriously difficult.

AltaOil has great compatibility with various surfactants of different chemistries, offering flexibility for formulations, shown in Table 2. Compared to all four tested surfactants, AltaOil is compatible with all, while soybean oil is only miscible with one.

The use of AltaOil in mancozeb and nicosulfuron OD Both mancozeb OD Formulation 1 and Formulation 2 were subjected to room temperature (20℃) and 54℃storage test for two weeks. Following storage, Formulation 2 including vegetable oil had a much greater oil syneresis layer than Formulation 1, indicating formulation instability.

Nicosulfuron is another active ingredient commonly formulated into OD. A 7.5% nicosulfuron OD was successfully prepared using AltaOil 1120 with detailed recipe shown in Table 4. The above formulation is highly stable under various storage conditions and blooms well in water. Nicosulfuron is known to hydrolyze easily when exposed in a medium with an active proton. AltaOil has acid functionality, which could cause significant degradation for nicosulfuron (>5%). The above formulation was subjected to freeze-thaw and 54 ℃ for two weeks of storage, and the degradation was 1.6% and 3.6%, which is well within the acceptable level of nearly 5%. Once diluted into 1% using deionized (DI) water, the resulting emulsion/suspension had an emulsion droplet/particle size of 3.7um at D50, resulting in a very stable and homogeneous diluted emulsion/suspension.

The use of AltaOil in Bacillus spp. OD

AltaOil 1105 is safe with various spore forming microorganisms, including bacteria and fungi. When AltaOil 1105 was used in Bacillus spp. OD, we compared it to soybean oil, shown below in Table 5. Figure 2. Bacillus spp. OD formulations appearance after being stored at 45 ℃ for two weeks. 1. Phillips McDougall. (2018). Evolution of the Crop Protection Industry since 1960. https://croplife.org/wp-content/uploads/2018/11/Phillips-McDougall-Evolution-of-the-Crop-Protection-Industry-since-1960-FINAL.pdf.