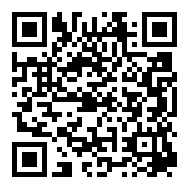 Seaweed biostimulant is the buzzword in recent times within the Plant Nutrition industry. This category of products is being used extensively as an alternative to unsustainable energy sources to enhance crop growth. It has been widely harnessed by biologicals producers globally, but none of the Agri Input companies has patented Seaplant biostimulant. Sea6 Energy is the first and the only company today to have a patented seaweed-based biostimulant. It is also the first Indian company to have won a special mention in the Best Biological products category at the Agrow Awards for its product – Jingo NxG.

Today, Sea6 Energy brings its patented technology and products to crop markets in India as well as the international waters of Vietnam, Indonesia, Sri Lanka and USA. The company stands out for its unique combination of expertise in biotechnology and ocean engineering.

Sea6 Energy is a pioneer of innovative technologies for large-scale mechanized ocean farming. The company has developed products using seaweed, which is directly cultivated on the sea, thereby increasing labour productivity and allowing farmers to farm much larger areas of the sea. Sea6 is also the only company that has developed completely mechanized and sustainable way of cultivation and does not practice wild harvesting of Seaweeds. The company conducts the most cutting-edge technology research in the country and also with oversees collaborators.

The company uses its unique technology - SeaCombine, the world’s first-ever sea tractor invented for the same. This fully mechanized harvesting and seeding catamaran dramatically reduces labor costs and allows farmers to reach the ocean’s nutrient-rich deep and exposed waters. This system is far superior to conventional ones as seaweed is usually grown in shallow waters. Combined with their marine agronomy expertise and proprietary ocean infrastructure technologies, SeaCombine can do seaweed farming anywhere in the oceans. At present, it is operating seaweed farming in coastal areas of India and Indonesia.

This state-of-the-art technology stands out as it can monitor a majority of the ocean parameters and the sea plant, ascertaining impeccable seaweed quality. In addition, it offers complete traceability of their products. SeaCombine™- Fully Mechanized patented structure for seeding and harvesting, floating off the coast of Indonesia

Sea6 Energy has a unique distinction of having a portfolio of four granted patents and three additional patents filed for the future product portfolio, covering seaweed farming systems and biostimulant formulation for better plant growth based on ocean biomasses.

One of these products is AgroGain, whose patents have been granted in the USA, Europe, South Africa, Australia, India and Japan. AgroGain contains sulphated oligosaccharides derived from Red seaweed. It is the first of its kind in the world that improves photosynthetic activity in plants, enhances crop metabolism, increases nutrient uptake by acting on specific crop receptors, and activates growth and health pathways. In fact, the oligosaccharides are the only patented seaweed extracts that can activate both plant growth and immunity response. Its specific polysaccharides act synergistically with micronutrients derived from sea plants. Agrogain has chelating properties that benefit to conjunction with the micronutrients.

Trials for AgroGain have been ongoing with leading research institutes and contract research organizations in 14 countries, such as the USA, Spain, France, Italy, Germany, South Africa, Indonesia, and others. The results from more than 100 trials on 20 crops show AgroGain as an effective biostimulant and a quality product. In fact, the product has been tested in more than 15 ICAR institutes in India and also with CROs all over the world. More than a million farmers in India have been using this biostimulant for their crops for a few years. AgroGain is now ready to be used in organic agriculture in the USA, Japan and Europe.

Finally, it is the working hands that have taken Sea6 Energy to the heights it has attained. The company is proud of having a team of enterprising people from diverse backgrounds in Engineering, Agriculture, Biotechnology and Management. Infact, it has some of the best R&D scientists and engineers from reputed institutions like IIT, of which three core members have received special mention in the "Science and Green Tech category" in Forbes India "30 under 30" list, 2018.

Headquartered in Bangalore, the company is based in Centre for Cellular and Molecular Platforms (C-CAMP), one of the largest biotechnology research clusters in India. Sea6 Energy also works on the National Centre for Biological Science (NCBS) campus, getting the best biotech and agronomy facilities. The company has been inching forward in its pursuit of developing sustainable and eco-friendly energy sources and has been duly recognized for it. In 2012, the Government of Karnataka gave it the title, "Emerging Company of the Year".

Sea6 Energy is now collaborating with global market leaders, FMC (in India) and Sumitomo (in Vietnam and the USA), to sell their biostimulant product. In the next few years, Sea6 Energy will get more registrations for AgroGain in European countries and expand its presence in China and LATAM markets. The company looks forward to utilizing the potential of the ocean in a sustainable and ethical way to build a whole new economy based on marine biomass. It aims to work with more sole distributors and bring the benefits of its sustainable technology to growers worldwide.