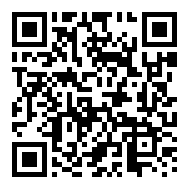 Biological control is applied to reduce the incidence of pests and diseases, using natural enemies. Because their modes of action are different, bioprotectors ensure protection efficiency and minimize disease tolerance. They can be used alternatively or complementarily with the main chemically synthesized seed treatments.

The productive advantages that they promote, as well as increasing regulatory pressure in certain countries and growing social demand for agriculture with less environmental impact are leading input companies to invest more resources in research and development of biological technologies. The market for bioprotectors is currently 3.88 trillion dollars, and its expansion is greater than that of chemical synthesis products, with an annual growth rate of over 17%.

Considerable progress has been made in bioprotection focused on professional seed treatment, since it is one of the fundamental pillars of plant protection which provides benefits to performance and care for the environment. Rizobacter is a leading company in the inclusion of biobased therapies in Argentina. Due to an exclusive high-quality liquid fermentation process, these biobased therapies can be applied more than 90 days in advance, and guarantee survival in the container for more than 18 months after production.

Such is the case of the seed treatment (commercially called Rizoderma) developed in partnership with the National Institute of Agricultural Technology (INTA). Formulated based on the fungus Trichoderma Harzianum, this therapy has proven its effectiveness in controlling multiple seed and soil diseases such as Fusarium, Drechslera, Bipolaris, Tilletia, Ustilago, Cercospora and Phomopsis, which affect germination and initial development in wheat, soybean and rice crops. Its 100% liquid formulation speeds up the treatment; in addition, it makes the fungal cells more stable and with greater fungicidal power, which means greater potential in the field.

Because it is a biological fungicide, this seed treatment combines multiple mechanisms of action that naturally prevent and inhibit the development of pathogens. Bioprotectors grow, invade and activate the plant physiological and biochemical defense mechanisms; this way, they provide longer protection time during all the growth phases.

In practice, its level of acceptance among farmers is remarkably high. In Argentina alone, the adoption rate of this technology has been greater than 120% year after year; in addition, bioprotectors have been present in more than one million hectares of wheat during the last three years. Likewise, it is planned to be extended to other crops areas: Soon, in Argentina, it will be registered for barley and winter legumes such as peas and chickpeas, with even higher growth expectations.

Rizoderma is also registered in Uruguay, Paraguay and Ukraine, and it is awaiting approval in Europe, Brazil, Colombia, Bolivia, South Africa, the US and Canada. In these markets, testing trials have already been conducted for more than two years and the results have been very favorable, especially when compared with traditional chemically synthesized fungicides.