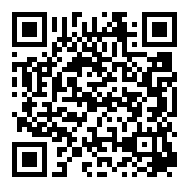 1. What problems and diseases are caused by moss on citrus and orange tree?

There are two types of moss, the first type is the“small higher plant”that does not differentiate between true roots and vascular tissues and mostly grow in humid environments. The other type is algae, which is attached to the tree trunk, branches, leaves, fruit skins and field soil surfaces.

According to the latest research, citrus and orange moss diseases are caused by chlorophyta. For example, the pathogen causing moss disease on summer orange is Apatococclus lobatus.

Although there are few reports on diseases caused by parasitic algae on citrus and orange, this has been reported more in other plants. For example, the parasitic red algae, Cephaleuros virescena Kunze, can damage avocado, mango, longan, cinnamon and many other plants.

Moss disease is a common and serious problem in citrus and orange trees, and mainly occurs on trunks, branches and leaves. The surface of plants initially develops a layer of green, hairy, block or irregular epidermal parasites, which gradually expand and eventually surround entire trunks and branches and cover entire leaves, often weakening the plant’s photosynthesis, which is harmful.

Studies have shown that the color of citrus and orange fruits, the pigment in peel, edible rate, juice rate, level of sugar, acid and VC, and protein content are all affected by moss disease.

2. How to solve the moss issue affecting citrus and orange trees?

● Irritating to human skin and eyes, smelly, pollutes the environment.

● Easily causes harmful chemical stress to trees and can only be used alone (incompatible with other products).

3) Therefore, how do we solve moss diseases efficiently and safely and in an environmentally-friendly way?

After nearly ten years of research and development, the Chengdu Newsun Crop Science Co., Ltd. successfully developed the product,“TyMay,”to solve moss issues through its biological research and development platform. TyMay was officially launched in 2020 and has been promoted for use on major citrus areas in China, with excellent and fast bio-efficacy results. Moss turns white in 3 to 4 days after using TyMay, and it completely disappears in 5 to 7 days. TyMay is eco-friendly, non-irritating to human skin and eyes, and not harmful to citrus and orange trees, leaves and fruit skins.

3. Field trial results of TyMay on citrus and oranges trees.

On citrus leaves covered by green moss, 2 to 7 days after using TyMay, the moss turned white and died.

2) One liter of TyMay mixed with 200 liters water sprayed on moss resulted in shedding after 9 days. Nine days after use, the green moss covering the trunk of citrus completely disappeared.

3) One liter of TyMay mixd with 200 liters water sprayed on moss. The moss turned white after 4 days and efficacy was 90% after 7 days.

Four days after use, the green moss covering the trunk of citrus turned white and died.

4. Mode of action of TyMay

Citrus and orange moss diseases are caused by algae, which appear as moss and affect the trunk, branches, leaves and fruits skins of citrus plants.

TyMay can destroy the DNA and ultramicrostructure of the biological cells of algae and therefore, moss, significantly increasing the amount of Ca2+ and Mg2+ ion exudation of algae organisms, increasing the permeability of their cell membranes, inhibiting Ca2+, Mg2+-ATPase activity, and causing photosynthesis failure. Normally, this results in increased O2- activity and reduced SOD activity, as well as damages the antioxidant enzyme defense system, which in turn leads to membrane lipid peroxidation, inhibiting the metabolic process and ultimately leading to the death of algal cells.

1) TyMay is a natural and innovative botanically-sourced product extracted from the root and stem of the plant, Rhizoma Coptidis, and other plants using Chengdu Newsun’s know-how technology, “Co-Extraction.”