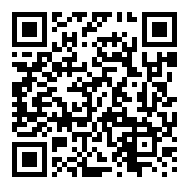 The price of some herbicides used in sugar beet looks set to rise for the coming season as a result of a shortfall in supply.

The news comes at a bad time for growers, some of whom are facing mounting losses, following one of the worst harvesting campaigns on record.

According to Eric Gussin, UK commercial manager for Makhteshim Agan, there will be severe shortages of metamitron as a result of reduced European manufacturing of the active ingredient, and this will put up the price of metamitron-based products.

"I guess at this stage we might see prices rise by 35-40 per cent. Our advice this season to growers would be first to secure supply from a distributor, and then use it wisely,” says Mr Gussin.

Agrochemical general manager at farmer co-operative Anglia Farmers, Nigel Last, says although agrochemical prices have not yet been set for this year, the signs are that the metamitron price will rise.

With farmers requiring product by March, ahead of the sugar beet weed control season, Mr Last says Norfolk-based Anglia Farmers is working hard to secure sufficient quantities of metamitron for its members, who are responsible for about 28,000 hectares (69,190 acres) of the UK sugar beet crop.

"Root crops such as sugar beet and potatoes, and some vegetable crops don’t have the same agrochemical product choice as more broad-acre arable crops. In the case of metamitron, there really is no direct replacement,” he says.

Prices for herbicide ethofumesate, also used in sugar beet, are likely to rise in what appears to be a general review of European sugar beet product pricing policies by manufacturers, says Mr Last.

Andrew Buck, of Chemspec East Anglia, agrees there will be a tight supply of metamitron this season, resulting in higher prices for the product.

"We’re not sure of the extent of the price increases at the moment, but I believe the short supply has come from a lack of active ingredient availability.”

Alternative, existing chemistry, such as Debut (triflusulfuron) and lenacil may have to be considered in weed control programmes if sourcing of metamitron-based products proves too difficult for growers.

According to Nick Gooch, managing director of AgChemAccess , it is not just the sugar beet herbicide sector that will see shortages of supply and inflated prices this season.

He reckons potato growers will struggle to get the right quantity of nematicide, while there could be shortages across a range of pesticides.

"I think we’ll see prices go up across the board by 5-10 per cent this season,” says Mr Gooch.