What is 14-hydroxylated Brassinosteroid (Natural Brassinolide) 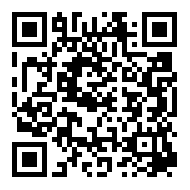 
Brassinolide and its analogs, as the endogenous plant hormone, are different from the other five plant hormones and have unique physiological activities to the plants. Compared with Auxin, Cytokinin, Gibberellins, abscisic acid and ethylene, brassinolide has more comprehensive biological activities and lower dosage (PBM level), more safe (low toxicity), and has better results in increasing production and profit of agriculture. At the 16th International Conference of Plant Growth Substances in 1998, brassinolide was unanimously recognized as the sixth plant hormone in the world.
2. Discovery of Brassinolide
The discovery of brassinolide has a history of nearly 90 years. It was first discovered by USDA in 1930. Researchers discovered that plant pollen extracts can promote the growth of plant, which attracted the attention of American scientists.
In 1970, Mitchell extracted the growth substances from rapeseed pollens that can cause abnormal phenomena such as stem internode elongation and bending of the bean seedlings, and named it as Brassin, which has become the most classic method to detect the activity of Brassin. In 1972, Mitchell discovered that Brassin can promote the growth of many plants and different parts of plants, which attracted the attention of scientists in the field of plant protection all over the world. In 1979, Grove and Manava found Brassinolide (BL) in rape pollen, which was the first natural Brassinolide monomer isolated from plant pollen. So far, scientists all over the world have isolated at least 70 natural brassinosteroids and their analogues from a large number of plant species. They call them brassinosteroids (BRs).
The typical biological activity that can cause the elongation, bending, swelling or division of the second internode of kidney bean is called Brassin Activity. Scientific call the plant hormone that has Brassin Activity Brassin.
3. Applications of Brassinolide
Brassinolide and its analogs were first used in Japan, but in a small scale. Large-scale commercial applications of brassinolide began in China. Since 1980, Chinese scientists have carried out the research and development of Brassinolide analogs, which are divided into two routes: natural extraction and chemical synthesis. Professor Jiang Jiexian of Jiangxi Institute of Technology (now Nanchang University) obtained the Natural brassinolide from rape beeswax and applied for the national invention patent. In 1984, it was appraised as the scientific and technological achievements. In the same year, the technology and product transformation was carried out in Pujiang County, Sichuan Province, and good results were obtained.

Subsequently, new technologies such as enzymatic extraction from beeswax, enzymatic extraction from rape pollen have been developed and obtained national invention patents in China, PCT American patents and PCT Australian patents. Products were temporarily registered in the Ministry of Agriculture in the 1990s, formally registered in 2006, and got industry standards in 2014. The main active ingredient is 14-hydroxylated Brassinosteroid (Natural Brassinolide). Nowadays, Chengdu Newsun Crop Science Co., Ltd. is the largest natural brassinolide production enterprise in the world. PCT Australian Patent(AU2014100700) of 14-hydroxylated brassinosteroid By Chengdu Newsun Crop Science Co., Ltd
3) High safety
The raw materials of 14-hydroxylated brassinosteroid come from rape pollen and beeswax. The production process is processed according to the food grade. The products come from plants and are used for plants. They are endogenous, direct and safe. In 2003, it was certified as the first green means of production of plant growth regulators in China. Besides, it has been certified by ECOCERT INPUTS and it has been widely used in the production of organic agricultural products.

ECOCERT organic certificate of 14-hydroxylated brassinosteroid By Chengdu Newsun Crop Science Co., Ltd
4) Comprehensive biological activity
Because of the origin of rape pollen, the product contains not only 14-hydroxylated brassinosteroid, but also other trace brassinolide analogues and plant active ingredients, so the effect of plant growth regulation is more comprehensive
The comparative bioactivity tests carried out by Southwest University and other institutions showed that the plant growth regulation effect of 14-hydroxylated brassinosteroid was better than that of the same kind of products under the same conditions. It is widely used in agricultural production, and has better effects than the same kind of products in flower and fruit preservation, swelling and coloring, yield increase, stress resistance and pesticide detoxification.
5) Environmentally friendly products
From the point of view of environmental protection, 14-hydroxylated brassinosteroid production process basically does not produce waste, solvents, pollen polysaccharides are reused in the production process of pesticides. Dehormone pollen can be used as food raw materials after food-grade production. The production process is comparatively chemical synthesis. The process is mild and environmentally friendly.
14-hydroxylated brassinosteroid is a natural brassinolide extracted directly from plant pollen and its derivatives by Chengdu Newsun Crop Science Co., Ltd. using the world-leading directed enzymatic hydrolysis extraction technology. It is a natural organic plant hormone and plant hormone of botanical origin. It originates from plants and is used in plants. Therefore, it is compatible with various crops and can be used in different stages of different crops and has different effects. It has the functions of accelerating cell division and growth of nutrients, promoting (inhibiting) plant growth and development, promoting plant metabolism, accelerating the absorption and transportation of various nutrients, enhancing plant resistance (disease resistance and cold resistance), regulating callus differentiation, repairing damaged tissues, preventing and pesticide detoxification, etc. Mixed with non-alkaline insecticides, fungicides, herbicides and foliar fertilizers, on the one hand, it can enhance the efficacy of the herbicides by strengthening the photosynthesis of the leaves, on the other hand, it can prevent and alleviate the damage of the herbicides by callus tissue and repairing the damaged cells of the crops, and at the same time, it can promote the improvement and balance of the hormone level of the crops. Recurrent metabolism of crops improves the stress resistance of crops, and plays a key role in the robust growth of crops and the improvement of disease resistance in the later stage, so as to promote crop growth, reduce disease occurrence, improve quality and increase yield. Especially, it has outstanding effects in cold and frost resistance of fruit trees, flower bud differentiation, flower and fruit preservation, fruit expansion and color enhancement, tree vigor, pesticide detoxification, promoting tillering, reducing disease, strong seeds and increasing yield, enhancing stress resistance and improving quality. Therefore, it has been generally recognized by the international community as the key factor of high yield and income in agricultural modernization.
6） The functions of 14-hydroxylated brassinosteroid
1) Increasing yield: Accelerating cell division and growth of nutrients, promoting plant growth and development
2) Improving Quality: Accelerating nutrient absorption and transportation
3) Improving stress resistance: promoting plant metabolism and stimulating the activity of protective enzymes in plants
4) Enhancing the efficacy of pesticides --- Accelerating the absorption of pesticides by crops
5) Prevention and mitigation of pesticide damage: restoring crop growth and inducing plant self-strength
Other Unique Functions of 14-hydroxylated brassinosteroid
1) Solve the problem of pesticide resistance, enhance crop growth, increase resistance to pests and diseases, and reduce the frequency and concentration of pesticide use;
2) It can accelerate the absorption efficiency of calcium, iron, zinc and other nutrients, and quickly transmit to the parts needed by crops.
3) It can be mixed with herbicides to give full play to the efficacy of herbicides, speed up the absorption of weeds, weed control faster and more thoroughly, and reduce the impact on crops, reduce the incidence of crop pesticide damage, and advance the recovery time.
4) Under the conditions of high temperature and drought and low relative humidity of air, it is easy to cause wastes such as rapid evaporation and drift of medicinal liquid; plant stomatal closure, its own transpiration, waxy layer thickening, seriously affecting the absorption and transmission of pesticides and foliar fertilizers; unsatisfactory pharmacodynamics and fertilizer effects, and even easy to cause Phytotoxicity. Mixed application with 14-hydroxylated brassinosteroid can improve the physical and chemical properties of waxy layer on plant leaves and promote the absorption and transmission of pesticides and foliar fertilizers. It is safe and synergistic, and stable efficacy can still be obtained under severe drought conditions.
5) After transplanting, the root nutrient and water uptake are not balanced, resulting in yellow leaves, weak growth and lower survival rate. 14-hydroxylated brassinosteroid can effectively improve the green-back time, which is 3-5 days ahead of schedule.
6) Continuous cropping (repeated cropping) makes crops grow weakly, have low resistance, yield decline and quality deterioration. 14-hydroxylated brassinosteroid can effectively help and improve the situation of seedling weakness, poor growth, yellow leaves, wilting, drug resistance, disease aggravation caused by continuous cropping, stimulate plant strength and promote growth.
View More