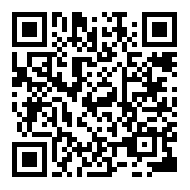 Identification and characterization of maize bm5 gene. (Image by WU Zhenying)
Plant cell walls, as repositories of fixed carbon, are important sources of biomass, which is mainly composed of cellulose, hemicellulose, and lignin. However, the complex lignin structure and its content make it to be used as biomass in a relatively low efficiency. Thorough understanding of lignin biosynthesis will improve biomass conversion efficiency into biofuels and increase the quality of forage and silage.
Maize brown midrib (bm) mutants, with reddish-brown pigmentation accumulated in the leaf midrib and reduced lignin content, are a significant germplasm. To date, at least six independent maize bm mutants (bm1-6) have been identified, among which genes controlling the bm1-4 mutants have already been recognized, however, genes controlling bm5 and bm6 remain unidentified.
In a new study published in Biotechnology for Biofuels, a team of scientists led by Prof. FU Chunxiang from the Qingdao Institute of Bioenergy and Bioprocess Technology (QIBEBT), Chinese Academy of Sciences, completed the identification of bm5 mutant. This was the first time that the loci of maize bm5 mutant had been identified.
Scientists found that the lignin gene Zm4CL1 was the loci for bm5 mutant through gene mapping, enzyme activity assay and metabolites profiling methods.
The comprehensive effects of Zm4CL1 mutation on total lignin content, composition and soluble phenolic acid accumulation were also elucidated in the study. The forage digestibility and cell wall saccharification efficiency were increased by 22.0% and 17.6% in bm5 mutant compared to the control.
This study filled the gap in maize bm mutants. Also, it provided a novel target for molecular breeding of the economic crops with highly efficient straw utilization.
The research was supported by the Ministry of Science and Technology Key Research and Development Program, the National Natural Science Foundation of China and the Shandong Provincial Natural Science Foundation Major Basic Research Project.