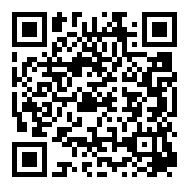 Highlights:
•  Entry into the world’s largest exporter of rice, Thailand
•  Popular in Thailand due to high herbicidal effect on resistant weeds
•  Pyzero's growth potential is expected to double to next year's sales
Pyzero, a post rice herbicide containing 10% of Metamifop developed by FarmHannong, has entered the Thai rice herbicide market.
Thailand is the world’s largest exporter of rice and its rice cultivation area accounting for 10 million hectares, half of the total cultivation area. Thus, the rice herbicide market is about 120 million dollars.
In April this year, FarmHannong conducted a trial sale of Pyzero with FMC Thailand in central Thailand including Phitsanulok, Nakhonsawan and Suphanburi, major rice production regions. Pyzero, which first launched in Thailand's rice herbicide market, was highly effective against resistant grasses weeds such as Echinochloa, Leptochloa. Therefore, it was very popular among farmers and sellers.
Farmhannong and FMC Thailand, which confirmed the Pyzero’s chance of success in Thailand market beforehand, officially launched 'Pyzero' in the second half of this year. At the same time, both companies were involved in 320 times of demonstration fields and 105 times of seminars for promoting Pyzero. In November, Rice Expo, a large-scale Demonstration Field Assessment, was held in the central and central-northern regions of Thailand such as Ayutthaya, Suphanburi and Chachuengsao. During the Rice Expo, which has been held for five times in total, about 500 farmers showed a high interest in Pyzero. Saowaluck Pornkulwat, president of FMC Thailand, said, “In terms of sales performance, Pyzero is expected to grow rapidly in the future due to its excellent efficacy on resistance weeds that are difficult to control. We are planning a variety of promotions for doubling sales performance of Pyzero.”
Jeff Kwon, Vice President of FarmHannong, said, “In Thailand, a major agricultural country in Southeast Asia, we have been receiving good responses from the market with our existing business products Pyanchor (A.I: Pyribenzoxim) and Pyzero (A.I: Metamifop). Moreover, FarmHannong is expanding its coverage to Asian countries and plans to expand the market with agricultural products such as agrochemicals, vegetable seeds, and Control Released Fertilizers.
Since its release in 2009, Metamifop has been exported to 10 countries including Thailand, Japan, Philippines and China. In 2019, FarmHannong plans to expand its business to South West with the registration on Metamifop in India.
View More