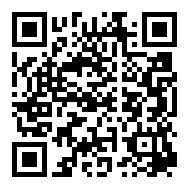 Favorites Print
ForwardShare
May. 16, 2018
Recently, a research team led by WU Zhengyan from Hefei Institutes of Physical Science (HIPS) of the Chinese Academy of Sciences developed a new kind of light-responsive herbicide with high efficiency but low cost, which is expected to be widely applied.

The researchers used a nanocomposite to develop a light-responsively controlled-release herbicide particle (LCHP), which means the release of the herbicide depends on its radiation of UV-Vis. In recent years, controlled-release pesticides (CRP) has become one of the hot spots in agriculture and environment fields.

In fact, there are disadvantages in those available CRPs. PH-responsive CRP might have negative effect on growth of plant attributed to the use of acid or alkaline solution, and temperature-responsive CRP exhibits high energy-consumption and complex operation.

As for the LCHP by WU’s team, it displayed excellent light-responsively controlled release performance under the radiation of UV-Vis (365 and 435 nm). Besides, it possessed a good adhesion performance on surface of weeds leaves in favor of enhancing UE. Coexisting ions (CO32-, SO42-, and Cl-) and pH had little impact on LCHP release in water, proving the high stability of this technology.

Due to these propertities, LCHP could realize high efficiency but with low-cost. Researchers believe it also could be an environmental-friendly approach to control release of pesticide and enhance the UE.