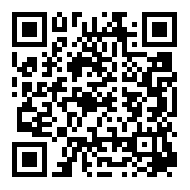 Triticum urartu, the progenitor of wheat A subgenome (Image by IGDB)

Bread wheat (Triticum aestivum L.), feeding more than 35% human population and providing about 20% of calories and proteins consumed by humans, is a globally important crop due to its enhanced adaptability to a wide range of climates and improved grain quality for the production of baker's flour.

Due to its complex polyploidy nature (hexaploid, containing A, B and D three subgenomes) and large genome size (17 Gb), the genetic and functional analysis of bread wheat is extremely challenging.

The A genome, originates from the diploid wild einkorn wheat Triticum urartu with a genome size about 5 Gb, is the basic genome of bread wheat and other polyploidy wheats. It plays a central role in wheat evolution, domestication and genetic improvement.

To illustrate the genomic structures of wheat, the wheat genome research team of State Key Laboratory of Plant Cell and Chromosome Engineering, Institute of Genetics and Developmental Biology, Chinese Academy of Sciences, collaborating with the Genomic Sequencing and Analysis Laboratory of the institute, BGI Shenzhen and Keygene in the Netherland, generated a high-quality genome sequence of T. urartu by combining BAC-by-BAC sequencing, single molecule real-time whole-genome shotgun sequencing and next-generation mapping technologies.

Then they found that the collinearity originated from the ancient genome duplications in T. urartu were strongly disrupted because of extensive amplifications of transposable elements and widespread gene loss, compared to rice, sorghum and Brachypodium.

Comparative analysis with the A, B and D subgenomes of bread wheat also showed that four large chromosomal structure variations occurred during wheat evolution.

The genome sequence of T. urartu provides a diploid reference for the analysis of polyploidy wheat genomes, and is a valuable resource for systematically studying the genome evolution and genetic variations in wheat and related grasses. It promises to facilitate the discovery of genes conferring important traits for the genetic improvement of wheat to meet the future challenges of global food security and sustainable agriculture.

The research results were published on line in a paper in Nature with the title "Genome sequence of the progenitor of wheat A subgenomeTriticum urartu".