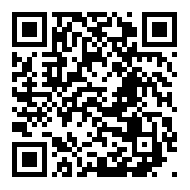 The primary signal transduction pathway of chilling tolerance in rice has been established already, but how the diverse components are regulated is not clear.

OsbHLH002 is one of more than 100 members of the bHLH transcription factor family in rice and has the highest homology with Arabidopsis ICE1 protein, which is one of the core members in the cold signaling pathway in Arabidopsis (hence OsbHLH002 is also called OsICE1).

The research team led by Prof. CHONG Kang from the Institute of Botany of the Chinese Academy of Sciences has revealed a new mechanism for chilling tolerance mediated by OsMAPK3-OsbHLH002-OsTPP1 in rice.

The research team had shown in 2009 that overexpression of the wild rice gene OrbHLH2 enhanced tolerance to osmotic stress in Arabidopsis.

This time they discovered that the cold-activated protein kinase OsMAPK3 phosphorylates the transcription factor OsbHLH002/OsICE1 directly to enhance its transactivation activity.

Moreover, OsMAPK3 attenuated the interaction between OsbHLH002 and E3 ubiquitin ligase OsHOS1, which led to reduced ubiquitination and degradation of OsbHLH002.

These results established a novel pathway OsMAPK3-OsbHLH002-OsTPP1. This pathway transduces the cold signal from the kinase cascade system to the nucleus and promotes synthesis of an osmotic protectant to regulate the chilling tolerance in rice.

This finding has been published in Developmental Cell in an article entitled "OsMAPK3 Phosphorylates OsbHLH002/OsICE1 and Inhibits Its Ubiquitination to Activate OsTPP1 and Enhances Rice Chilling Tolerance."

The study was supported by the Chinese Ministry of Agriculture, the Chinese Academy of Sciences and the National Natural Science Foundation of China.