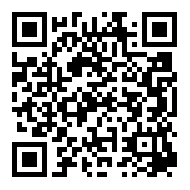 Syngenta presented in Spain a new insecticide, Voliam Targo, for the control of multiple plagues in horticultural crops.
The new ‘multi-plague’ solution was presented by Agustín Gomez, Product and Insecticides chief.
During the presentation, he manifested a long path of investigation and development by Syngenta to introduce the new product to the market that was definitely approved in September, though the first steps for its attainment started in 2009.

Voliam Targo is a unique combination of two active substances: Abamectin and Chlorantraniliprole. In this way, by combining the advantages of this new formulation, a new product was formed, not including only the most potent Lepidoptericides in the market. The result is Voliam Targo, a wide spectrum solution, which is resistant and has all the guarantees of the Syngenta brand.
The application of the new insecticide is indicated for the crops of tomato, pepper, eggplant, melon, watermelon, cucumber, and zucchini on greenhouses: while the plagues that Voliam is effective against are the Tuta absoluta (tomato leafminer), Heliothis (cotton bollworm), Spodoptera (fall armyworm), Plusia, Ostrinia (European corn borer), Liriomyza (vegetable leafminer) or Vasates.
Gómez defined Voliam Targo as “potent, precise and convenient.” Potent, because it has very “high effectiveness, it is lasting with persistence and controls several plagues.” Besides, “it is a precise product that is respectful with the operator and with the environment, but also with the auxiliary fauna,” indicated the Syngenta expert. He qualified it as “convenient because it is easy to know that the plagues controlled are the one that appear in the tag and we have an optimized formulation.”
In a presentation that was attended by nearly 100 experts, Gómez detailed the modes of action and the new insecticide employment that is available in the market with 1 or 5-liter packages and concentrated suspension.
Voliam Targo combines a systemic mode of action and translaminar mode of action. In the first case, the solution has an ovicidal effect, egg-larvicide, and larvicide, acting with immediate effect over the caterpillars that cannot feed for a few hours after ingestion. In addition, its persistence during the cycle of development of the plague allows the control of the larvae that hatch the days after its application.
In the second instance, Voliam Targo used a translaminar mode of action, in a localized system, against moths and others. This way, after the absorption, it distributes gradually in the interior of the leave and acts by ingestion.
View More