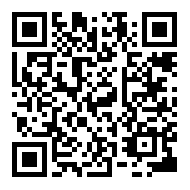 The High-Efficient Modern Agriculture and Abamectin B2 Development Seminar was organized on April 8 and 9 by the Xingbai Pharmaceutical Group in Shijiazhuang, where the company’s Abamectin iterative product—Abamectin B2 was launched.
Nematode causes damage to almost all important economic crops in the world. According to incomplete data, global economic losses caused by Nematode each year have amounted to US$157 billion. The use of conventional high-toxic Nematicide has been either prohibited or restricted, and a safe and effective Nematicide variety is needed urgently for the market.
Research shows that Abamectin B2 and its derivatives have an excellent Nematocidal activity, which is obviously superior to conventional products, such as Abamectin and Lythidathion, and is also very safe to use. Under the circumstances of China’s promotion of the reduced use of fertilizer and pesticides, Abamectin B2 is expected to have a promising future.
The technical leader of the Xingbai Group said the trials of the new Abamectin B2 on a variety of crops have been completed and Nematode control efficacy is very prominent.
Liu Zhongxu, the board chairman of Xingbai Group said the firm owns the top-level biopesticide fermentation technology in China and has all core resources of the Abamectin industry chain under their control. The company’s Abamectin production and sales both rank the first in China, accounting for above 40 percent of the total of the world. Last year, the company’s research program, “Efficient Microbial Synthesis and Bio-Production of Abamectin” won the State Scientific and Technological Progress Award. In the future, the company is prepared continue its dedication to providing users with more good products.
View More