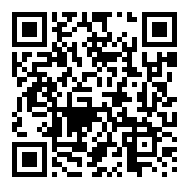 A foreign trade teleconference held in Hebei Province, China, revealed that Hebei Veyong Bio-Chemical Co., Ltd, has been appraised and ranked as one of the Top 100 Export Companies in the province. The company’s export value topped all other agrochemical companies on the list.
Veyong, a leading company in China’s pesticide industry, has products sold across the world, with the value of its direct exports reaching $62 million so far this year. Sales of Veyong’s featured products, Abamectin and Emamectin benzoate, have amounted to $40 million this year, marking another consecutive year in which it has beaten its competition's sales.
Meanwhile, the export value of Veyong’s new products, including Glufosinate-ammonium, Azoxystrobin, Clothianidin, Fosthiazate, and Pymetrozine, has doubled, driving the continued growth of the company’s total sales.
In the first half of 2016, despite the depression in the global pesticide industry, where most agrochemical companies saw a drop in sales, Veyong recorded a strong performance, with its half-year sales rising 11% to 760 million yuan. The new 1,000 ton/year Glufosinate-ammonium project, which is expected to add another growth point to the company's future revenue, will begin operations in the second half of the year.