EUROPE: Move to Halve Pesticides Use 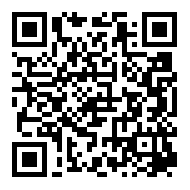 USA - HSE and the miracle of agricultural spraying with drones

He ruled out introducing a Europe-wide tax on pesticides, saying that a study on its pros and cons was needed before such a proposal could be put forward.

French Green Marie Anne Isler Béguin alleged that there is a "joint management of our pesticide policy by government and industry, and this has really harmed the environment and human health."

It is necessary, she added, for MEPs to "stand our ground and fight the chemical industry."

In a related proposal, the European Commission has advocated drawing Europe into three zones north, centre and south for regulating pesticides.

But ecological activists are opposed to this idea. The Pesticides Action Network says that it is wrong to lump regions with a largely temperate climate such as Britanny in France together with more arid areas such as Cyprus. Yet under the Commission's approach a pesticide approved for use in Cyprus would also have to be authorised in northern France as both would belong to the 'south' zone.

Dan Jorgensen, a Danish Socialist, said that Denmark currently allows 100 pesticides but is taking steps to reduce that by half. If the Commission's plan is introduced, it would be hampered from preventing the introduction of new pesticides. "This is making things easier for industry," he said. "It is looking at things the wrong way round."

Jim Allister, an independent MEP representing Northern Ireland, expressed fears that golf courses would have more weeds if pesticide use is curbed.

German Christian Democrat Christa Klass argued that there is "no alternative" to aerial spraying in vine-growing areas of southeast Europe.

But Françoise Grossetête, a French centre-right MEP, said that there should be a legal requirement that farmers inform neighbours before any aerial spraying occurs. This is especially necessary, she added, to protect those who suffer from respiratory ailments like asthma. (END/2007)