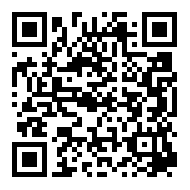 BASF launches Axalion™ Active in Australia, with other markets to follow

“We are pleased with MAJESTENE’S approval by the EPA, as this new bionematicide meets a large market need due to heavy restrictions on toxic chemicals used to control nematodes and the need for easier-to-use biologicals that reduce multiple species of nematode populations,” said Pam Marrone, MBI’s CEO.

“Today’s growers are faced with ever-increasing regulatory restrictions on existing conventional products to reduce exposure to people nearby, to protect non-target beneficial insects, to reduce air and water pollution, to ensure worker safety and to be export-ready.  Growers who traditionally employ conventional nematicides for crop protection can now use MAJESTENE, which has multiple modes of action, a low risk to beneficial insects, and an exemption from residue tolerances.  MAJESTENE brings growers expanded options for an environmentally responsible and effective solution for managing pests in conventional and organic crops,” said Brian Ahrens, MBI’s Vice President of Sales.

MAJESTENE is labeled for a wide array of crops against multiple nematodes such as root knot, cyst, sting and lance and is approved for use in conventional and organic systems. It is available in a liquid formulation and can be applied by ground, with no limit on the number of applications allowed per season. MAJESTENE has the minimum four-hour re-entry interval for farmworkers. The product is non-toxic to fish, birds and most beneficial insects, and also has the advantages of a zero-day pre-harvest interval (PHI) and an exemption from MRL (maximum residue level) tolerances — a measure of pesticide residue limits that must be met for most food crop exports. MBI is currently applying for state registrations for MAJESTENE.