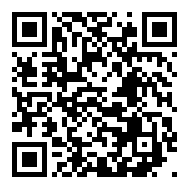 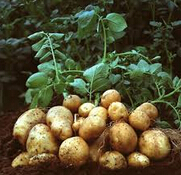 Farmers face challenges at every stage of the potato growth and storage cycle. The most well-known disease, Late Blight, estimated to cause $5.6 billion of losses per year globally,was responsible for the widespread famines in northern Europe in the 1840s that resulted in the deaths of over a million people. And now, with potatoes becoming the fourth largest food crop and a dietary staple worldwide, farmers around the globe are looking into ways to improve their yields, and protect their potato crops.

One factor that has affected the increase in potato consumption worldwide is the expansion of fast-food restaurants, which consume vast amounts of potatoes in the form of french fries. Even areas better known for eating rice such as China and India are placing more of a focus on potatoes, often due to the growth of fast food in their nations. In China, the government has identified the potato as a major food crop, with the goal of increasing potato plantings from 5.9 million hectares in 2014/2015 to 10 million hectares by 2020.

Adama is in tune with these global needs, and offers solutions across its broad hybrid portfolio for the various stages of potato cultivation, in each geographic region.  There are five main stages of potato growth (with the fifth stage being storage), and each has its own key crop protection challenges.  Uniquely, Adama has offerings for each of these stages, in which the needs may differ geographically due to climate and other differences.

According to the FAO (Food and Agriculture Organization of the United Nations), the largest potato producing regions in the world are China, India, Northern Europe and the USA.  Adama, with its global footprint and broad portfolio, is able to offer solutions to potato farmers in each of these key geographies.

In Europe, Adama works with scores of distributors to ensure that the right crop protection solutions reach the farmers at the right time. One key product in the European market is Banjo Forte®, a liquid fungicide which is a unique formulation of fluazinam and dimethomorph. The mixture was developed as a direct result of Adama’s work with European farmers. Pathogens that were less sensitive to fluazinam were affecting crop yields, reducing farmers' livelihood. The new Adama product containing a mixture of the two active ingredients enables each one to build on the strength of the other, simplifying growers' lives with this highly effective combination. The different modes of action in the two active ingredients means that Banjo Forte® is effective in multiple stages of the disease cycle, and that it is a strong tool for resistance management.

Talent® (d-carvone) is another important solution in Europe, one that is designed to regulate sprout growth during the storage phase.

“We have been using Talent® for several years because it delivers the best results", said Marco Klaver, of Klaver Koeling, a seed potato grower. “UsingTalent®, we are able to store the potatoes at a higher temperature, and thereby achieve the optimal outcome with a higher yield.”

According to Olaf Van Campen, Product Development Specialist at Adama Northern Europe, other new solutions are in the Adama development and registration pipeline to replace older solutions that are being phased out of the market. Among them are: a new herbicide which is expected to reach the market in 2018, and a new fungicide expected in 2020.

China is unique in the sense that potatoes can be grown almost all year round in different areas of the country, enabling self-sufficiency of the crop with little need for storage. In China, the company’s strategy is fully aligned with the Chinese government’s increased focus on potatoes, according to Judy Zhou, Adama China's development manager. Currently we are in the process of registering three potato crop protection productsin that country – the foliage spray Custodia® (azoxystrobin and tebuconazole); post-harvest treatment Magnate® (imazalil) which protects against early blight, and Agil® (propaquizafop) for use in the post-emergence stage.  By 2020, Adama intends to have 10 to 15 products specifically aimed at potato crops, providing a full range of herbicides, insecticides and fungicides to Chinese potato farmers. In addition, several new solutions, including new active ingredients, are also in development at Adama, which will further broaden its portfolio, and bring simplicity to farmers' lives.

In India the major fungal diseases afflicting potatoes are early blight and late blight, followed closely by black scruf and common scab, creating major headaches for farmers. Adama offers several products to help farmers combat these diseases, such as Custodia® and Mirador® (azoxystrobin). According to C.A.S Naidu, Adama India’s marketing manager, the company’s goal in India is to establish itself as a leading company in the crop protections space, and is focused on increasing market share by bringing solutions to farmers.

In addition to providing farmers with abroad product range, Adama India has embarked on an initiative to engage with local farmers, educating them on the best practices for protecting their crops, in the most sustainable way. For example, Naidu explained, the Adama India team has demonstrated to farmers the optimum method for spraying two products at different times throughout the growing cycle, and have consistently achieved an increase in potato yields. The company also works closely with its thousands of retailers, of which around 15% deal with the provision of crop protection products for potatoes.

As in Europe, potato storage is a major issue in India, since around 90% of potatoes in India must be stored, and crop losses can be as severe as 15-20%. Adama is therefore developing solutions to be introduced into the Indian market that will aid farmers in protecting their potato crops during this crucial period.

The USA is often seen as the home of the potato, with Idaho potatoes known the world over and even the phrase 'Idaho potato' being a protected brand. Indeed, there are many types of potato grown in the US, each with its own issues. With multiple solutions in herbicides, fungicides and insecticides, Adama has US potato growers covered, said John Hobson, Adama USA's northern sales manager. For example, the psyllid insect, a pest thath as become more prevalent during the past five years, can inflict severe plant damage, spreading a virus that discolors potatoes inside the skin. Adama’s Skyraider® (bifenthrin + imidacloprid) protects the plant from these and other insects as the early seed treatments start to break down.

Nematodes are another pest that damage potato crops worldwide, responsible for an estimated $80 to $125 billion of annual losses from all types of plants on a globalscale. These microscopic worms can cause major yield and quality problems. If more than a small percentage of a potato crop is infested, the entire field can be rejected by major potato buyers, Hobson said.

Adama’s innovative Nimitz® (fluensulfone) is a nematicide that is designed to be much simpler for farmers to use than other nematicides, since it does not require complicated personal protective clothing, specific equipment or buffer zones. It also has a true nematicidal activity unlike other nematicides that typically have only nematostatic effect, allowing the nematodes to re-infest the field. Once Nimitz® is registered for use in potato crops in the US, its easily applied formulation could replace many of the fumigants currently in use to control nematodes.

Adama has a full range of offerings to help potato farmers overcome the many complexities that face them across the globe, from weeds to insects and fungi. With its broad portfolio of both off-patent and innovative solutions, its rich selection of mixtures and formulations, and its extensive development pipeline of new offerings to come, Adama is poised to simplify farmers' lives, wherever potatoes – and other crops – are grown.