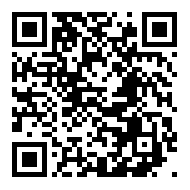 Nagarjuna Agrichem Limited (NACL), a part of Hyderabad-based Nagarjuna group, has decided to focus on the domestic market where it want to grow “aggressively” by launching new products and expanding its network.
Last month, the company launched a new rice herbicide, Sirius, which is imported from Nissan Chemical Industries of Japan. It also launched Nipet, a nematicide, early last year. The company stated it would continue to launch new products to cater to needs of the domestic market.
“We are shifting to become a market-driven company. Hopefully, we will have a healthy pipeline of products in the coming years,” said V Vijay Shankar, NACL managing director.
NACL manufactures a range of pesticide technicals, formulations and fine chemicals at its three plants located in Telangana and Andhra Pradesh. It has an estimated share of 4 per cent in the Rs 13,200-crore domestic agrochemical sector.
According to the company, its research and development (R&D) centre at Shadnagar, near Hyderabad, had commercialised one technical, Omethoate, and two formulations last year and has plans to improve processes, make them cost-effective and introduce new combination formulations. At present, there are five technicals in the pilot stage, four formulations in the pipeline and six new combination formulations are undergoing field trials.
Shankar said NACL top line, which remained static in the past three years following an accident in its Srikakulam plant, has started growing in the current financial year. The total sales in the first six months of the current year increased by over 19 per cent to Rs 428.45 crore from Rs 359.47 crore in the same period previous year.
The Srikakulam plant had been closed for nearly five months due to a fire accident in June 2012. The first and fourth blocks of the plant resumed production in November that year while the second, third and sixth blocks resumed operations in 2013.
However, the fifth block of the plant, which is the largest block accounting for 40 per cent of the capacity, could resume operations only on March 10, 2014. Even after re-commissioning of operations, the capacity of the Srikakulam unit could not be fully utilised due to various factors. The current utilisation of the 3,000-tonne per annum (tpa) capacity was less than 50 per cent.
Apart from investing about Rs 60 crore for re-commissioning of the Srikakulam plant, Shankar said, the company had “invested a lot” in the last four years on streamlining and enhancing production capabilities, adding new new lines, debottlenecking, quality control and enhancing productivity. For instance, it had invested about Rs 40 crore on enhancing effluent treatment facilities to make all its manufacturing facilities as “zero liquid discharge” units and had also spent Rs 25 crore on the R&D.
On the export front, NACL is exploring African and southeast Asian markets. In partnership with Marlarmyiang Company Limited, NACL had launched its own brand of four crop protection molecules in Myanmar last year. The company stated there were six product registrations in the pipeline. In the case of Africa, the company is in the process of registering its brands in Zambia and Ethiopia.