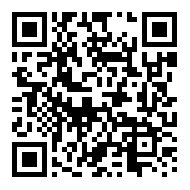 ROVENSA becomes global leader in BioSolutions through the integration of COSMOCEL

Chinese agrochemical enterprise Huapont-nutrichem recently announced its decision to acquire 100% of stake in two fine chemical enterprises in Shandong Province – Shandong Fuer and Shandong Kaisheng New Materials, which will total to an amount of Yuan 1.32 billion for both enterprises.

Shandong Fuer specializes in R&D, production and marketing of fine chemical intermediates, which mainly covers aromatic compounds for synthesizing of pesticide intermediates to be used for production of quinclorac, bifenthrin, diflubenzuron, F500, flusilazole and flutriafol; Shandong Fuer has established a long-term cooperation with BASF.

Huapont-nutrichem says that the restructuring will further consolidate its upstream and downstream resources to achieve a scale up cost-effective operation as well as to enhance its capacity to provide industry leaders like BASF with more varieties of products.