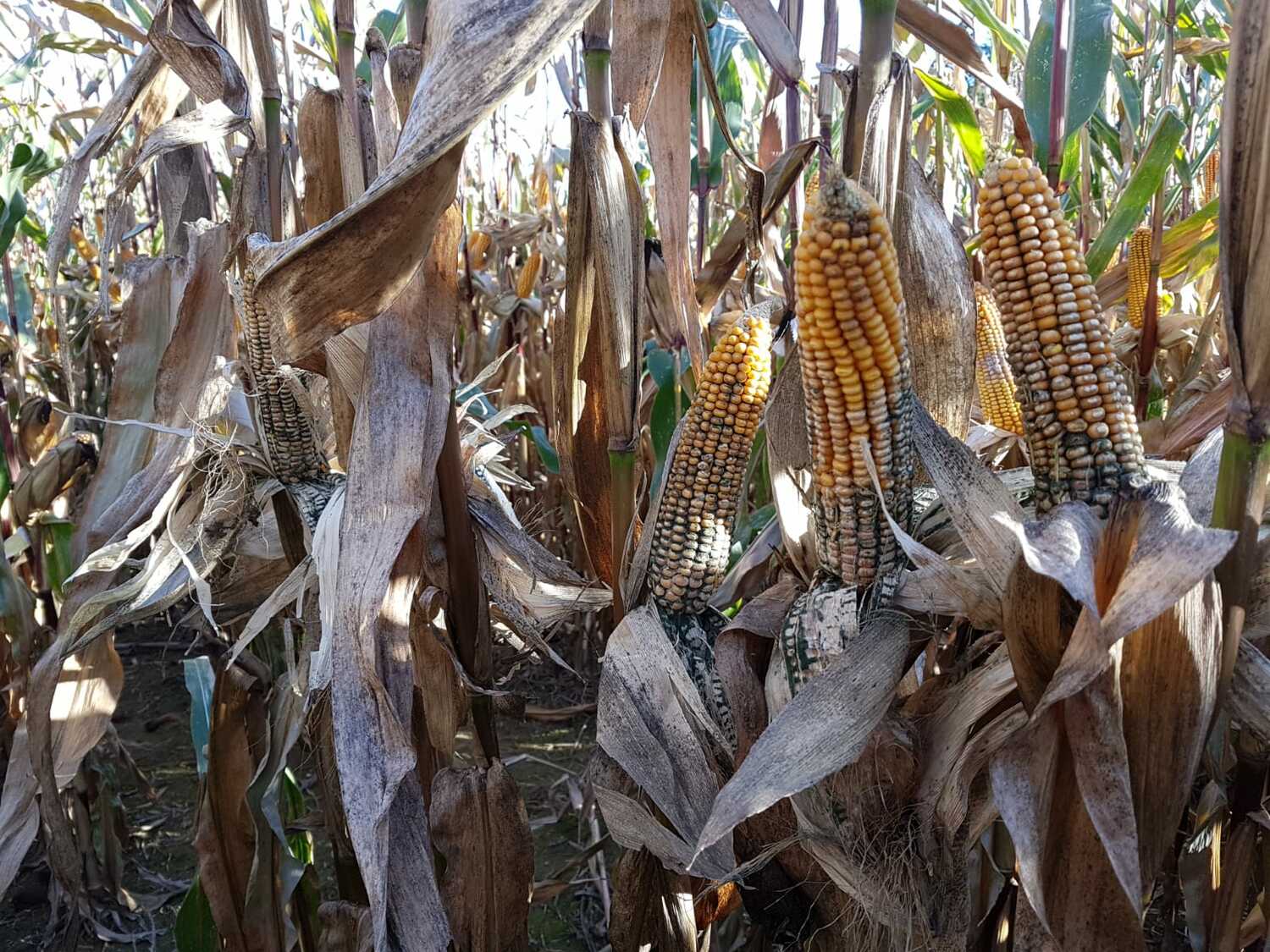 Protecting crops against pests and diseases is essential to ensure a secure food supply. Around 95 percent of food comes from conventional agriculture, which uses chemical pesticides to keep crops healthy. Increasingly, however, organic pesticides are also being sought as an alternative. Some organic pesticides contain live spores of the fungus Trichoderma, which have the ability to suppress other pathogens. Researchers at the University of Göttingen have now discovered that one Trichoderma species can cause severe rot in cobs of maize (corn). The results were published in the journal Frontiers in Agronomy. 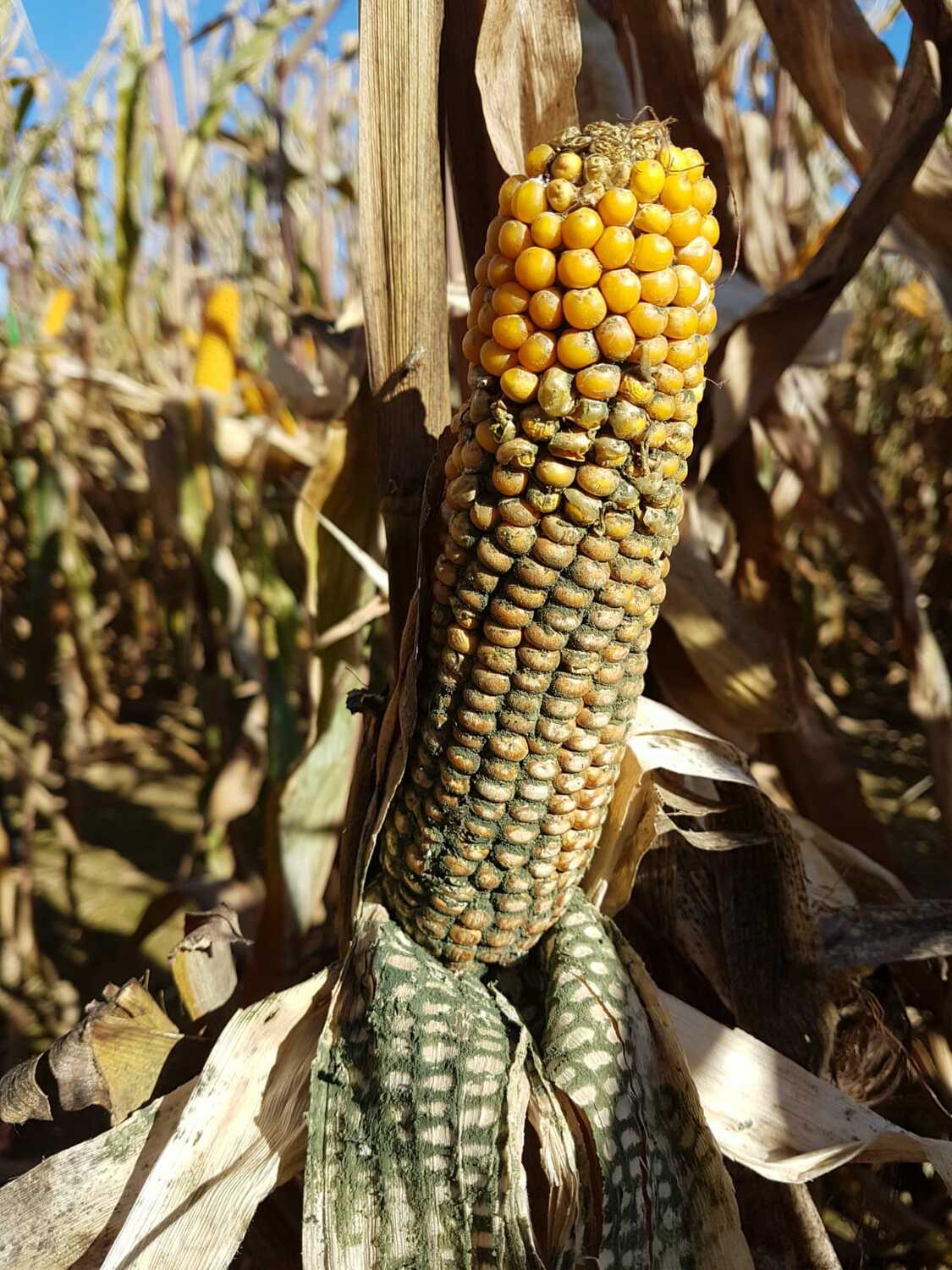 The massive outbreak of a previously unknown species of Trichoderma on corn cobs in Europe was first detected in Southern Germany in 2018. In affected plants, grey-green spore layers formed on the grains of corn and between the leaves that form the husks of the cobs. In addition, the infested grains germinated prematurely. For this study, the scientists brought maize plants in the greenhouse into contact with Trichoderma by inoculation. They were then able to prove that the dry matter content of the maize cobs is greatly reduced. Annette Pfordt, PhD student at the Department of Crop Sciences of the University of Göttingen and first author of the study, analysed 18 separate Trichoderma strains mainly from maize cobs in Southern Germany and France over two years. She found that some of these strains are highly aggressive with a cob infestation of 95 to 100 percent. By means of molecular genetic analyses, these spores could be assigned to the relatively new species Trichoderma afroharzianum. Within this species of fungus, previously unknown plant-pathogenic strains seem to have evolved which are now responsible for this newly discovered disease affecting maize.

"The species used in organic plant protection products is a close relative, namely Trichoderma harzianum. Strains of this species were not as aggressive in the study, but in the inoculation experiments they also led to a slight infestation on the cob," says Pfordt. "Although the investigations carried out so far show that the Trichoderma strains used in organic plant protection products differ from the aggressive forms now found, it is also clear that the risks from the use of living microorganisms in plant protection must be thoroughly investigated," adds Professor Andreas von Tiedemann, head of the Department of Plant Pathology and Protection at the University of Göttingen.

In vegetable growing, "Trichoderma agents" can be used, for example to control diseases such as Botrytis (grey mould) or Fusarium and to reduce rotting pathogens on the crop products. Various organic products containing Trichoderma are available on the market. They are used almost exclusively in organic farming. Trichoderma species belong to the ascomycetes and are found worldwide in the soil, on plant roots, in decaying plant remains and on wood. They act as decomposers of substrates and as antagonists of other microorganisms. This is the first time that they have been described as pathogens on plants.