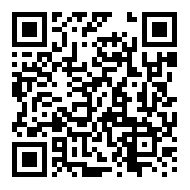 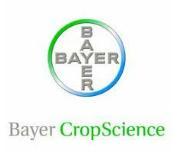 “Bayer CropScience has been committing to provide farmers with practical solutions to solve increasing tough weed problem in field crops and plantations in China.", Dr. You Zhenguo, herbicide development senior manager, DRA of Bayer CropScience (China) Ltd., addressed at a recent forum for Herbicide Development and Extension in China.

Herbicide usage in China began in mid 1950s. However, large scale application of herbicides in China started from mid 1980s right after the implementation of the Administrative Protection Regulation for Agrichemicals. During the period 1986 - 2011, the treated area of herbicides in China was increased by 690%, reaching 90 Mio-ha.

Under the selection and high pressure of repeatedly used herbicides with the same mode of actions, 15 years later, starting from year 2000, weed population in field crops and plantations has been shifting to tough species that are tolerant or resistant to the repeatedly used groups of herbicides dramatically. Up to 2012, it was reported that the number of resistant weeds increased from 5 in the year 2000 to 34 in 2012, of which 90% species have possessed resistance to the ALS inhibitors, amides, and synthetic auxin herbicides, a synchronized increase as herbicide usage in China. Fast spreading tough weeds are terribly threating the crop production and food security of this country.

In plantations, BCS China, collaborated with local crop protection research and promotion institutions, has succeeded in year 2009 in developing and launching Basta 200SL based solutions that effectively control glyphosate and paraquat-T/R weeds, such as Eleusineindica, Erigeron canadensis, Portulacaoleracea,andImpomoeaobscura, which become more and more abundant in banana, papaya, tea and vegetables across south China since year 2005.

In TP rice, besides Arozin and Topstar based solutions which have been extensively used currently to control quinclorac, amide and SU-T/R weeds, such as Echinochloa crus-galli, Monochoria, Sagittaria,and Alismaspp, BCS China is striving to develop and provide more powerful solutions that control the tough weeds in paddy rice via introducing varied mode of action products.

It expects, by year 2016, BCS will be able to provide Chinese farmers with entire product portfolio and practical solutions to solve the fast emerging tough weed problem in major field crops and plantations across China.
View More