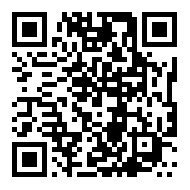 Russia's winter grain plantings are in worse condition than the multi-year average in the main southern breadbasket region due to unfavourable winter weather, the head of state forecaster Roshydromet Alexandr Frolov said. The percentage of plantings in a poor state stood at 10.5 percent, about 1.5 percentage points more than the long term average, Frolov was quoted as saying by Interfax news agency on Thursday.

More plantings in Russia's southern region are at risk of damage soon if cold weather returns after abnormally high temperatures, the head of Roshydromet added. "The possibility of frosts returning is very high," he said. Russia was hit by drought last year, which slashed its grain harvest by a quarter to 71 million tonnes and may return this year. The southern region accounted for about a third of the total grain crop.

The forecaster does not rule out the possibility of drought in Russia's Volga region and in the south-east of the European part of the country this year, according to preliminary data, Frolov said. His detailed forecast is expected to be ready by the end of March.