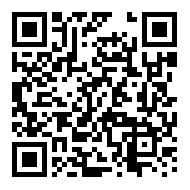 Syngenta AG, the world’s largest agro-chemicals maker recently expanded its portfolio of bio-tech seeds by acquiring Belgium-based Devgen (DEVG) for about 403 million euros ($523 million), a foray which promises to put the Swiss-major in equal footing with its rivals BASF SE (BAS) and Bayer AG (BAYN).

In an interview with Sanjeeb Mukherjee, Davor Pisk, Chief Operating Officer of Syngenta International AG said the company is open for such deals in future as well both in Indian as well as globally as a strong balance sheet gives it the right flexibility to make such acquisitions. In 2012, Syngenta saw a net profit of $1.87 billion, up 17 per cent from 2011 and record sales of $14.2 billion, up 7 per cent from last year. Edited excerpts.

Is Syngenta open for the acquisition of companies in India on the lines of Devgen? If yes, what kind of companies is Syngenta looking at?
While we have no plans to share at this time, we continue to seek opportunities all over the world. Our strong balance sheet gives us the flexibility to make acquisitions, if the right ones arise. Our acquisition strategy is to secure opportunities that complement our existing portfolio and R&D projects, and fit well with our crop strategies. Our recent purchase of Devgen, which has operations in India, is a great example of this. I also believe that increasingly agro-chemical and seed companies will need to consolidate as the market will become challenging.

Are you in the discussion stage with any companies?
No.

After Devgen, is Syngenta globally open to more such acquisitions which helps in expanding its product portfolio?
Yes. We’re looking all over the world for the right opportunities.

In India, Syngenta has been present for a long time. Of late there has been lot of criticism of regulatory hurdles that multinational companies face while doing business. What kind of challenges that an agro-chemical and seeds company face while operating in India ?
The biggest challenge that we face in India is the regulatory mechanism, which sometimes is really frustrating.

Of late, there has been some criticism of India’s biggest bio-technological achievement of BT cotton losing its steam with yields plateauing or getting confined in a range. What is your view on this?
There is no question that BT cotton has done wonders for India. However, what we have seen is an explosion of counterfeit BT seeds due to poor regulation. Price control in the seeds industry compelled companies to invest very little in breeding programmes.

In what kind of crops do you see potential for Syngenta to grow?
We see enormous potential in corn, which is a large crop; also there could be additions to the vegetable portfolio here in Asia as well.