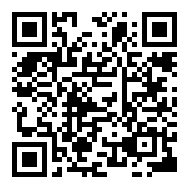 Many US states have experienced an increase in corn contamination in the 2012 harvest compared to 2011. In Missouri more than 50% of the corn harvested by October was contaminated by Aspergillus Flavus mould compared to 8% in 2011.

Drought conditions don’t cause the mould, but they do help speed its expansion. “It's really a climate variable issue,” says Barbara Stinson, founding and senior partner of Meridian Institute, a public policy organization. “We're probably looking at an increase in aflatoxin as a result of that.”

Last year’s drought increased the spread of the mould aspergillus (Aspergillus flavus), a fungal pathogen that poisons cattle, kills pets and has infected the 2012 corn crop, rendering significant portions of the harvest unfit for consumption.

"We have a big aflatoxin problem,” says Charles Woloshuk, a botanist and plant pathologist at Purdue University. “There are loads of corn coming to the [grain] elevators that have been rejected.”

In general the US agricultural industry suffers yearly losses of more than US$190 million due to aspergillus.