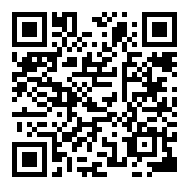 The Argentinean National Ministry of Economy decided to maintain for three years antidumping measures set in 2006 to the solid aluminum phosphide-based fumigant pesticide, from the People’s Republic of China.

The evaluation was closed after the expiration of the term set forth in 2006 for export transactions to Argentina involving said product. Likewise, the Ministry considered that products imports cleared at customs shall be subjected to the non-preferential rules of origin control. Thus, control of import destinations for the consumption of these goods, regardless of the origin declared, must be carried out as per the verification procedure foreseen for cases that run through the Canal Rojo de Selectividad.

After the investigation started in 2011, at the request of the firm Neophos, the Dirección de Competencia Desleal (Unfair Competition Department) concluded: "As for the possibility of dumping recurrence, the analysis of the evidence in the file allows us to conclude that, in case of lifting the anti-dumping measure, the possibility of dumping practices to be repeated exists.”

In turn, the National Commission for Foreign Trade considered that “the existing conditions are sufficient to determine that, in the absence of antidumping measures (…) material injury to the domestic industry is likely to be repeated.”
View More