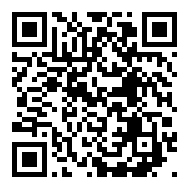 Extracted from the escoba amarga (literally the “bitter broom”, a plant that up until now was considered an undesirable species), the promising insecticide has demonstrated positive outcomes on crops such as tobacco plants, beans, tomatoes and peppers.

With toxicological tests showing that it is not harmful to people or to the environment, the insecticide is obtained with minimal expense and without importing any of its components, says the news article.

So far the product has been obtained only in small amounts in the laboratory, but experts say they would not need major investments to undertake large-scale production.
View More