Monsanto to expand its business in Ukraine 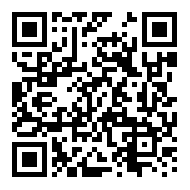 "Monsanto’s business is strongly aligned with Ukraine’s farm industry and government objectives for productivity and exports to increase grains production (from a current 40-50 million tonnes) to 80-100 million tonnes, which will further strengthen the export position of Ukraine,” said Michiel De Jongh, regional head of business development.

"This will become possible, if Ukrainian farmers are able to choose the best seeds and have access to innovative farming technology.” He added.

It is worth noting that Ukraine is one of the main attractive directions for international companies in the region. Some of the world’s largest grain traders including Cargill, Toepfer, ADM and Bunge entered the Ukrainian agriculture market more than a decade ago. Since then they have invested billions of dollars into storage, processing and logistics facilities.

This investment along with the strong government support allows the country to become one of the world’s largest exporters of corn, barley, wheat and other grains. Although inefficient farming techniques including the usage of low-quality seeds for years have kept yields for some crops at less than half of the EU average. Ukraine prohibits use and sale of genetically modified organisms, but higher-quality seeds and farming technology could sharply boost yields.

"Ukrainian agriculture is rapidly modernising, we are confident that Ukraine is able to reach the ambitious government goal of 80 mln metric tonnes of grain by 2015,” said Csaba Molnar, Dupont Pioneer’s commercial director in Ukraine and Russia.