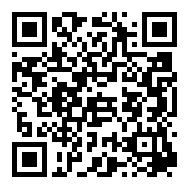 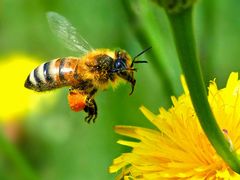 More than thirty separate scientific studies in the last three years have shown adverse effects on insects such as bees from neonicotinoids, the controversial nerve-agent pesticides, MPs have been told.

Yet the Department for Environment, Food and Rural Affairs (Defra) refuses to consider suspending or banning the substances, MPs on the House of Commons Environment Audit Committee heard, because it believes that there is no “unequivocal evidence” that they are causing harm.

Members of the all-party grouping, who are conducting an inquiry into “Insects and Insecticides”, expressed surprise that Defra refuses to countenance the precautionary principle in dealing with neonicotinoids, given the mounting weight of evidence that they may be involved in the sharp declines worldwide of honeybees, bumblebees and other pollinating insects.

Neonicotinoids, which attack the central nervous system of insects, were introduced in the 1990s and now make hundreds of millions of pounds in profit annually for giant agro-chemical companies such as Bayer and Syngenta.

Earlier this year, four studies strongly implicating the chemicals in pollinator decline, two from the US, one from France and one from Britain, led to the then Defra Chief Scientist, Sir Robert Watson, ordering a review of Defra’s position on the issue. Yet on the advice of the Government’s Advisory Committee on Pesticides, the position remained unchanged.

However, MPs were told that the number of recent research papers pointing a damaging finger at neonicotinoids was in fact nearly ten times as high. Giving evidence to the EAC committee, Matt Shardlow, director of Buglife, the invertebrate conservation trust, said that his organisation had been monitoring neonicotinoid research since it last produced a report on the chemicals in 2009.

Since then, he said, they had found a total of 39 scientific studies, six of which they considered unreliable because of their methodology. Of the remaining 33, 31, or 94 per cent, showed “a much bigger or more concerning impact of neonicotinoids on insects than was previously known to be the case,” while two studies showed either no effect, or less worrying trends.

Mr Shardlow said last night that the list of studies, which were all peer-reviewed scientific papers, would be available to the public on the Buglife website tomorrow. It was also being made available to the committee.

He told the MPs: “We all know science is imperfect and some science is going to find no effect in a complex ecosystem analysis, but I think it is really really worrying that 94 per cent of these studies are showing bigger impacts than we feared.”

The Conservative MP Zac Goldsmith asked Mr Shardlow, and Nick Mole, policy officer of the Pesticide Action Network who was also giving evidence: “Why do you think Defra has not taken that evidence at the very least to justify adoption of the precautionary principle? Why are they resisting that? What is their argument?”

Mr Mole said that the Chemicals Regulation Directorate, responsible for pesticide safety, was “60 per cent funded by the work it does on approving pesticides.”

He said: “There is to our mind a clear conflict of interest – their closeness and the relationship with the work they do for the agro-chemical industry is very, very clear. That’s one reason why we think, precautionary decisions aren’t made. They are too closely embedded together.”

Mr Shardlow said that if Defra did act on the precautionary principle, there as “no question about it” that neonicotinoids would be banned.

Chris Hartfield, adviser on bee health to the National Farmers’ Union, said that the NFU did not think it was appropriate for the precautionary principle to be brought in in this case, with respect to banning the chemicals. “We do not see there is a compelling weight of evidence demonstrating that neonicotinoids are responsible for the widespread decline of pollinator populations,” he said.

Mr Goldsmith invited the NFU to carry out its own analysis of the 31 papers suggesting there were problems, but Mr Hartfield declined.
View More

Source: The Independent
Click to bookmark and build your agrochemical knowledge base
Print
ForwardShare