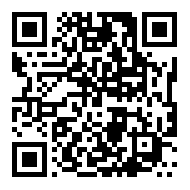 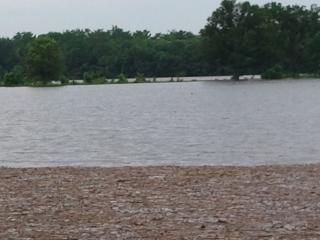 Continued wet weather and localized flooding in Argentina kept most farmers out of the fields last week. Earlier, local officials estimated that the floods have impacted 4 million hectares of land in the province of Buenos Aires and 3 million hectares in Santa Fe. In the case of Buenos Aires, that would represent approximately 10% of the land area of the province. Later reports have put the affected area as high as 11 million hectares in Buenos Aires. Part of the conflict may be due to how they classify the acreage, only row crop acreage or all acreage including pastureland and hay. Regardless of how the acres are counted, the wet weather is a serious concern in Argentina.

There was a small window of dryness over the weekend and early this week, but there is more rainfall in the forecast. If the wet weather returns, planting progress will continue to lag significantly behind the average pace.

One of the concerns in Argentina is that the wettest areas are also the best production areas of the country notably northern Buenos Aires, southern Santa Fe, and southern Cordoba. Collectively, these three provinces produce more than 80% of Argentina's corn crop. This area is very flat and the soils in this region are deep, fertile, and they have a high water holding capacity. The high water holding capacity is very valuable later in the summer when rainfall may be limited, but it also means the water is slower to drain when there is excessive rainfall in the spring. The corn crop in Argentine is of immediate concern because of delayed planting, but the start of the soybean planting is also being delayed as well.

If a field in central Argentina is currently under two feet of water and the farmer had not installed additional drainage tiles, it could take 25-35 days for that field to dry out to the point that it could be planted, and that is provided it doesn't rain any more. Since the soils are so saturated and they cannot hold any more water, a half an inch rainfall causes flooding similar to what a two inch rainfall would normally cause.

Argentina corn planting delayed - Farmers in Argentina only managed to plant 3% of their corn crop last week, which now stands at 40% planted compared to a normal of approximately 60%. Some of the crop that had already been planted was flooded out by the recent heavy rains and it will now need to be replanted when the fields dry out.

The question now is when the soils will dry out enough for farmers to resume planting their corn crop and to replant the flooded out corn. If the farmers cannot get all their corn planted, will they switch some of their intended corn acreage to additional soybean production instead? Farmers in Argentina will make that decision not only based on the weather, but also on how corn is planted in Argentina.

Ideally, farmers would like to plant their corn in September or October and they generally shy away from planting corn during the month of November because if they plant in November, then pollination will occur during what is traditionally the hottest time of the summer. In order to avoid a problem with pollination, many farmers would prefer to skip planting corn in November and complete planting their corn in late November or early December. That strategy works better in northern Argentina where the growing season is longer, but it could be a problem in southern Argentina where the growing season is shorter.