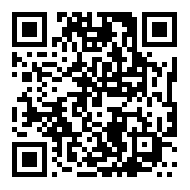 A tip about a folk remedy plant used in India and Africa to ward off bugs has led to the discovery of insect-repelling compounds.

After learning that people in India burn J. curcas seed oil in lamps to keep insects out of their homes and other areas, NPURU chemist Charles Cantrell extracted smoke from the plant in a laboratory and analyzed its properties. Free fatty acids and triglycerides were among a number of active compounds found to be effective at preventing mosquitoes from biting.

Researchers have known for some time that fatty acids repel insects, but this was the first known report that identified triglycerides as having mosquito repellent activity, according to Cantrell.

Source: USDA
Click to bookmark and build your agrochemical knowledge base
Print
ForwardShare